Afghanistan Cricket Team will start their T20 World Cup campaign on October 25 with the first qualifying team of Group B at the Sharjah Cricket Stadium. 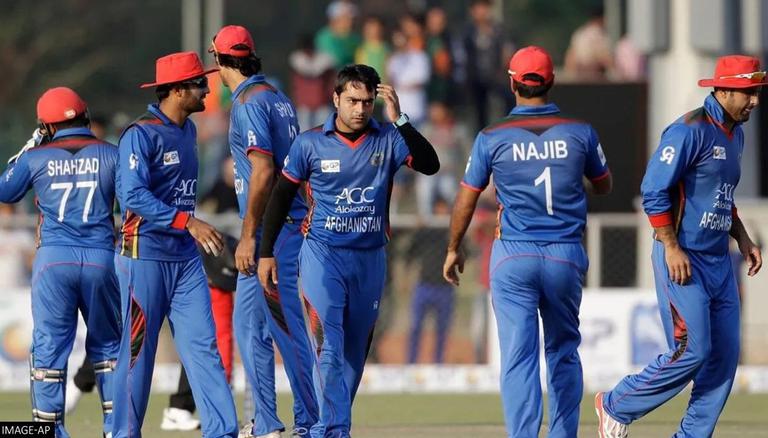 
Afghanistan Cricket Team will start their T20 World Cup campaign on October 25 with the first qualifying team of Group B at the Sharjah Cricket Stadium. Led by new skipper Mohammad Nabi, Afghanistan Cricket Team are high on confidence as they defeated the defending champions West Indies in their warm-up match. Afghanistan on its day can upset any major team due to the presence of some high-quality players like Rashid Khan, Mohammad Nabi, Mohammad Shahzad, and others in their teams.

Afghanistan will enter the T20 World Cup as the eighth-placed team in the ICC Men’s T20I Team Rankings. Although the change in captaincy might make things difficult for Afghanistan as the tournament progresses, Nabi has captained the squad in the past. Rashid Khan had stepped down as skipper of the Afghanistan Cricket Team moments the country's cricket board announced the T20 World Cup squad. Rashid had pointed out that he deserved to be consulted on selection because he was captain. With a few days to go for the Super 12 stage matches, here is the full squad and Afghanistan T20 World Cup Schedule:

Heading into the T20 World Cup, the ICC Men’s T20 World Cup 2021 in UAE, Afghanistan will be captained by Mohammad Nabi. Rashid Khan who is currently ranked 3rd in ICC T20 bowlers' ranking will be a threat for every team looking at UAE & Oman's pitch conditions. In terms of batting, Hazratullah Zazai and Mohammad Shahzad have already showcased their skills in the warm-up match against West Indies. Hazratullah Zazai had scored 56 runs off 36 balls with the help of 8 boundaries and 2 sixes, while Shahzad had scored 54 runs in 35 balls with the help of 6 boundaries and 1 six. Spinner Mujeeb ur Rahman is also one of the vital cogs of Afghanistan Cricket Team.