T20 World Cup 2021: Can West Indies Still Make It To The Semifinals After Two Defeats?

With this, the defending champions not just find themselves at the bottom of the table, but do need a miracle to qualify from this position. 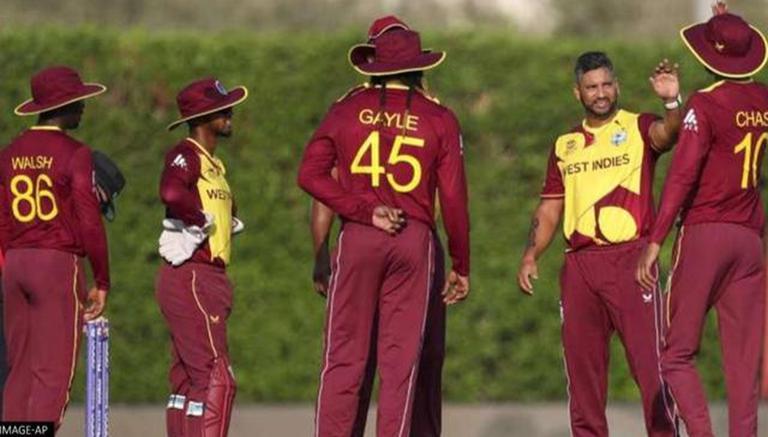 
Having endured two back-to-back defeats in the tournament, first against England and now South Africa, the West Indies, now find themselves far behind in the semi-final race.

In the first game, the men from the Caribbean were crushed to defeat by England, who managed to chase down the total set for them in just 8.2 overs. The West Indies were bundled out for 55 after losing eight wickets for just 28. And in today's encounter, West Indies, who just managed to put 144 runs on board saw their opponents cruise to an eight-wicket win with Aiden Markram scoring the fastest half-century of this world cup.

With this, the defending champions not just find themselves at the bottom of the table, but do need a miracle to qualify from this position. In order to qualify from this point, the West Indies need to start by winning all of the three remaining Group 1 games and a defeat in either will send them crashing out. Once they have got the three wins, the Windies will have to hope that results elsewhere go in their favour and they manage a top-two finish and qualify for the semi-finals.