Team India take on New Zealand in their next T20 World Cup 2021 match as they look to open their account in the tournament after defeat against Pakistan. 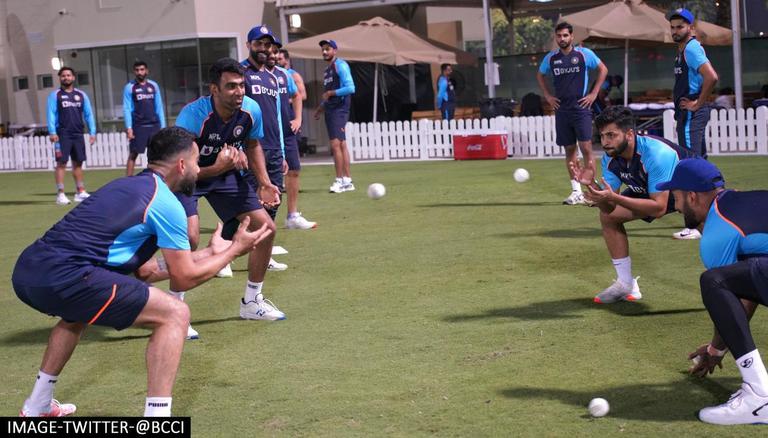 
The loss to Pakistan in the opening match of the T20 World Cup 2021 was an eye-opener for Virat Kohli-led Team India. The Men in Blue will take on New Zealand in their next match as they look to open their account in the tournament. New Zealand also tasted defeat at the hands of Pakistan in their first match. Ahead of the India vs New Zealand clash, Team India players were involved in a fun session image of which was shared by BCCI on their social media handle.

Going by the post shared by BCCI, Team India players seemed to be involved in some catching sessions. Players like Ishan Kishan, Rishabh Pant, Virat Kohli, Ravichandran Ashwin, Shardul Thakur, Jasprit Bumrah were all involved in the catching drill. The post also showed that the Indian camp is high despite the crushing defeat to Pakistan.

A fun drill to start our session. #TeamIndia #T20WorldCup pic.twitter.com/lCmla6hcfT

After facing defeat against Pakistan, Virat Kohli & Co will now lock horns with the Kane Williamson-led New Zealand in Dubai next Sunday, October 31. It is a must-win match for India to keep their chances of sealing a semis berth alive. Meanwhile, the inaugural edition's winners also have a lot of work to do as far as their Net Run Rate is concerned. After their bitter loss to Babar Azam & Co, India's NRR has gone down to -0.973, and therefore, they would be hoping to make amends when they face the BlackCaps next weekend.