India's 15-member squad will be led by Indian skipper Virat Kohli, who has already announced that this will be his last T20 World Cup as Captain. 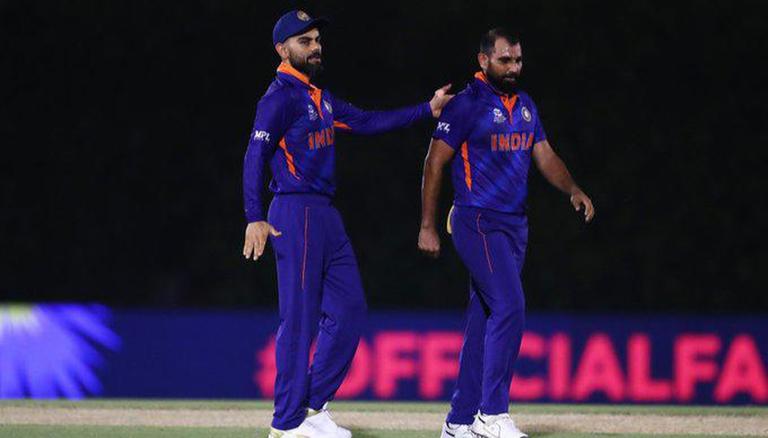 
The preliminary stage of the ICC T20 World Cup is currently underway in Oman, where eight teams are locking horns to secure the remaining four spots in the Super 12 round. The top eight teams in the ICC T20I rankings have already qualified for the main event and are waiting for others to join them when the Super 12 round begins on October 23. Team India are amongst the cricketing heavyweights who are in the UAE waiting for four more teams to qualify for the final round of group stage matches.

India will kickstart its 2021 T20 World Cup campaign against Pakistan on October 24. The Virat Kohli-led side will then play its next game of the World Cup against New Zealand on October 31. Both of India's first two games will be played at the Dubai International Stadium. Team India will then travel to Abu Dhabi to lock horns against Afghanistan before returning to Dubai to play B1 and A2 in their final two group stage fixtures.

India's 15-member squad will be led by Indian skipper Virat Kohli, who has already announced that this will be his last T20 World Cup as captain. The team also consists of some quality batters in the form of Rohit Sharma, KL Rahul, Suryakumar Yadav, Ishan Kishan, and Rishabh Pant. Hardik Pandya, Ravindra Jadeja, and Shardul Thakur have been included in the squad as all-rounders, while Ravichandran Ashwin, Varun Chakravarthy, and Rahul Chahar have been added as full-time spinners. Jasprit Bumrah, Mohammed Shami, and Bhuvneshwar Kumar will form Team India's pace attack.