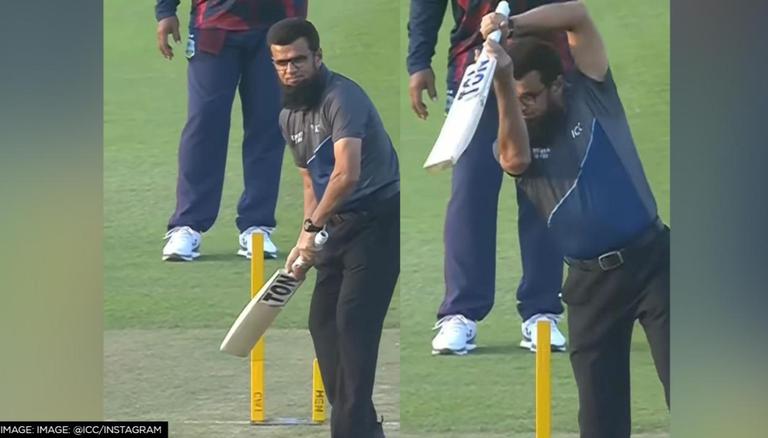 
Aleem Dar is one of the most popular umpires in the world, not only for his spot-on decisions but also as an entertaining figure when he is not officiating. The ICC umpire was seen playing a lovely cover drive during the West Indies and Sri Lanka T20 World Cup 2021 match on Thursday.

As the West Indies team was taking on South Africa in the Super 12 match of the T20 World Cup 2021 at the Dubai International Stadium on Tuesday, umpire Aleem Dar showed quick reactions to duck a fierce Keiron Pollard shot, and then a Rassie van der Dussen throw that almost hit him.

Sri Lanka kept their hopes for a semi-final spot in the ICC T20 World Cup still alive after they defeated the West Indies comfortably by 20 runs. The Sri Lankan batting lineup did their job as Charith Asalanka scored 68 runs off 41 balls and opener Pathum Nissanka scored 51 off 41 balls to set a target of 190. West Indies had a poor start when they lost Chris Gayle and Evin Lewis in quick succession. After that Nicholas Pooran and Shimron Hetmyer did their level best but could not get the West Indies to the target even though Hetmyer scored 81 off just 54 balls.