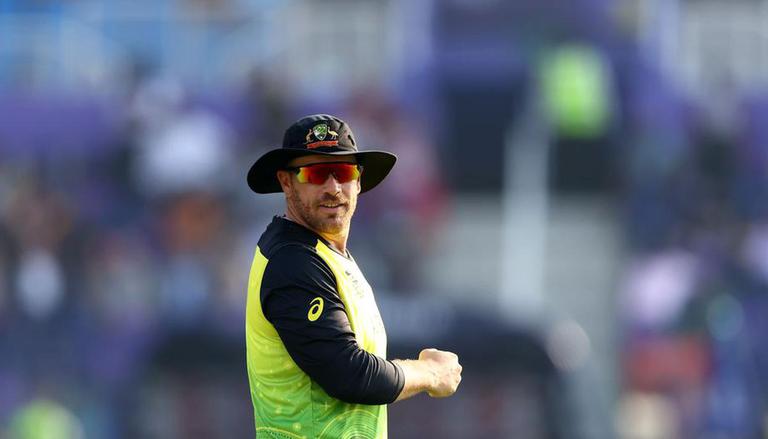 
Australian skipper Aaron Finch believes that the flip of the coin won't decide the result of the ICC T20 World Cup final on Sunday despite the trend in the tournament suggesting otherwise. Finch, while speaking to WAtoday, said if a team batting first is able to post a big total on the board and make opposition take early risks, it can still win the match no matter the result of the toss. Finch cited the example of the Indian Premier League, which was also held in the UAE, to back his point as he highlighted the fact that Chennai Super Kings (CSK) went on to win the lucrative competition despite losing the toss and being put to bat first in the final.

Meanwhile, in the ongoing T20 World Cup, chasing teams have won 28 times out of the 44 contests played in the competition so far. At Dubai International Stadium, 11 out of 12 matches have been won by teams batting second. The statistics show that the side that will win the toss on the night of the final will have an upper hand over its opposition. The pattern has played out in all of Australia's games in the tournament, where teams batting second have won on every occasion. New Zealand, on the other hand, were able to beat Namibia despite losing the toss and batting first.

The Trans-Tasman final will produce a new winner this year with either team lacking a T20 World Cup title in their cabinet. The last time Australia and New Zealand met in an ICC final was back in 2015 during the 50-over Cricket World Cup. Australia had emerged victorious at the time beating New Zealand by 7 wickets to win their fifth World Cup trophy.

In terms of the head-to-head record, Australia is slightly ahead of New Zealand with 9 wins in 14 T20 internationals played between the two sides. New Zealand have won only five of those 14 matches. While in Asia, the two sides have met just once, which came during the 2016 T20 World Cup, where New Zealand beat Australia by 8 wickets. The last time Australia and New Zealand played a T20 series was back in February when the Kangaroos toured the island nation with a second-string side. New Zealand had won the series 3-2.

READ | 'Rahul, Buttler or Finch': Who is 'best T20 batsman going around' according to Brad Hogg?