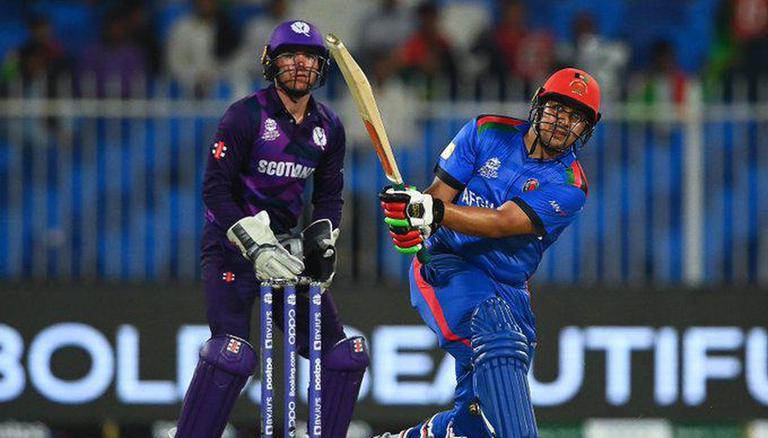 
The Afghanistan Cricket team was on fire against Scotland on Monday as they not only registered their personal best score in T20 World Cup history but also smacked the biggest sixes of the 2021 edition of the tournament so far. Najibullah Zadran hit the biggest maximum as he smacked a 103m sixer. His outstanding knock of 59 runs off just 34 deliveries helped Afghanistan set Scotland a target of 191 runs to chase in 20 overs.

With Afghanistan in outstanding form against Scotland, here is a look at the distance of the sixes and the team's highest scores in the T20I World Cup history.

READ | T20 World Cup: Where do India stand in Super 12 points table? How many matches are left?

Can someone Beat that 119 Meter hit from Yuvraj Singh off Brett Lee in 2007? That wasn't just power hitting but a pure timing against extreme pace#T20WorldCup #AFGvSCO pic.twitter.com/cO8xsMD5X5

Afghanistan vs Scotland: Netizens react as its raining sixes

Some monstrous hitting by Najibullah Zadran, one of which included a 103m six.
Afghanistan announce their arrival in the #T20WorldCup 2021 in some style.
Who said Group B was easier? 👀#Afghanistan pic.twitter.com/gi7QhA0tuW

Najibullah is a fine fine T20 player for Afghanistan, batting in the middle order is tough but he has played some amazing knocks for his nations in difficult situations.

Although the Afghanistan cricket team is not the biggest name in cricket, they have improved substantially when it comes to T20I format. The squad has become a dark horse and is capable of upsetting any top side if they are at their best. The Mohamed Nabi-led side proved their mettle as they registered their highest score in T20I World Cup history against Scotland by smacking them for 190/4 in 20 overs. Their three other highest scores in T20I World Cup history are mentioned below, with all three coming in India in the 2016 edition of the tournament.