Former cricketers Danish Kaneria and Wasim Jaffer condemned Waqar Younis' blatant communal remark and said that religion must not be mixed with the game. 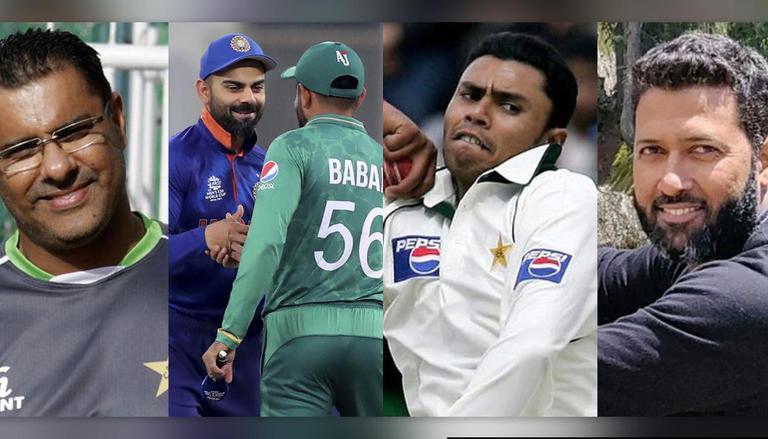 The former Pakistan pacer turned pundit raised eyebrows by publicly stating that his favourite part of T20 World Cup 2021 match was when cricketer Mohammad Rizwan 'offered Namaz on the field amid Hindus.' Kaneria called out Younis and said that his remarks were ‘disrespectful.’

Waqar Younis’ purposive statement post-match did not sit well with many as they called him out on social media. Former Pakistan leg spinner Danish Kaneria said he condemned the remark and said that the discrimination was visible. Furthermore, Kaneria also said that people should not mix religion with the game of cricket. Former Indian cricketer Wasim Jaffer also condemned the same.

Taking to his Koo account, Kaneria said, “Waqar Younis disrespectful comment on Pakistan channel on Hindus. I am a proud Hindu and it shows kitna bhait bhau hai (The amount of baises in here) I am seriously annoyed 😡 don’t bring religion in game.” However, Younis apologised for the remark earlier in the day after several celebrities including fellow cricketers called out his communal remark.

Another cricketer who reacted to Waqar Younis' 'namaz' comment is the former Indian cricketer Wasim Jaffer. He took to his Koo account and wrote, "Absolutely vile and disgusting comments from Waqar Younis. #Shameful."

Former Pakistan cricket team captain Waqar Younis on Tuesday night made an apology for his blatant communal comments during India vs Pakistan T20 World Cup match on Sunday. Having received major heat on social media for his comment, Waqar Younis has now apologised for the comment. Taking back his communal remark regarding Mohammad Rizwan's on-field namaz, the former skipper said that it was an unintentional mistake.

“In the heat of the moment, I said something which I did not mean which has hurt the sentiments of many. I apologise for this, this was not intended at all, genuine mistake. Sports unites people regardless of race, colour or religion. #apologies,” Younis tweeted on Tuesday night.

For the unversed, during the India-Pakistan World Cup T20 break, Mohammad Rizwan was seen offering Namaz on the field. The video was shared by many online. Post-match, former cricketer Waqar Younis appeared on the ARY News channel where he stated that watching the batsman offering prayers in the middle of the field amidst 'Hindus' was the 'most satisfying thing'. The comment quickly turned controversial as many including former cricketer Venkatesh Prasad and commentator Harsha Bogle hit out at Younis over the same.

Pakistan brought to an end India's near-three-decade domination on the world stage, beating their arch-rivals by 10 wickets in the Super 12 stage of the T20 World Cup on Sunday. Intent on breaking their run of losses, Pakistan restricted India to 151 for seven after electing to field in the T20 showpiece's blockbuster game. Pakistan then made light work of the target of 152, completing the win with 13 balls to spare. Skipper Babar Azam stroked his way to 68 while his opening partner, Mohammad Rizwan, smashed 79 as the Indian bowlers struggled to contain the two batters. Earlier, captain Virat Kohli led from the front with a half-century as India recovered from a disastrous start to post a challenging total. Besides Kohli's 49-ball 57, Rishabh Pant slammed 39 in 30 deliveries.