David Warner spearheaded Australia's victory with a superb knock of 89* in just 56 balls, his knock put them very close to semi-final spot in the T20 World Cup 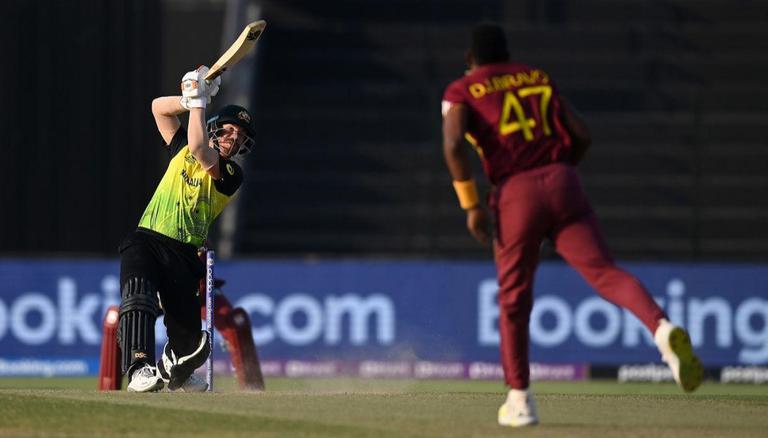 
In their just-ended T20 World Cup Super 12 encounter, Australia managed to win comprehensively over West Indies by eight wickets and 22 balls to spare. David Warner spearheaded Australia's victory with a magnificent knock of 89* in just 56 balls. His knock not only propelled them to victory but also put them very close to a semi-final spot.

Currently, Australia currently sits second in Group 1 of the T20 World Cup 2021 Super 12, level on points with England, but they have played a match less compared to the former. England are currently playing South Africa and if the Proteas manage to win by a big enough margin, then they will go through and Australia can bid adieu to their semifinal prospects. If England wins, then South Africa will be out of the tournament. If South Africa win, but not by a big enough margin, Australia has chances to go through because they have a better net run rate. Take a look at the Super 12 Group 1 standings after Australia vs West Indies match and before the England vs South Africa game:

Australia won the toss and chose to bowl first. Things started well for the Aussies as they managed to down Chris Gayle, Roston Chase and Nicholas Pooran by the fourth over. Despite Evin Lewis and Shimron Hetmyer putting up a decent show and a big performance from skipper Kieron Pollard who scored 44 runs off 31 they only managed to set a target of 157/7 in their quota of 20 overs.

David Warner and Aaron Finch opened the batting for Australia and despite losing their skipper early on they did well. Mitchell Marsh came in and he and Werner had a fantastic partnership as Marsh scored 53 off just 32 and Warner scored 89* off 56.