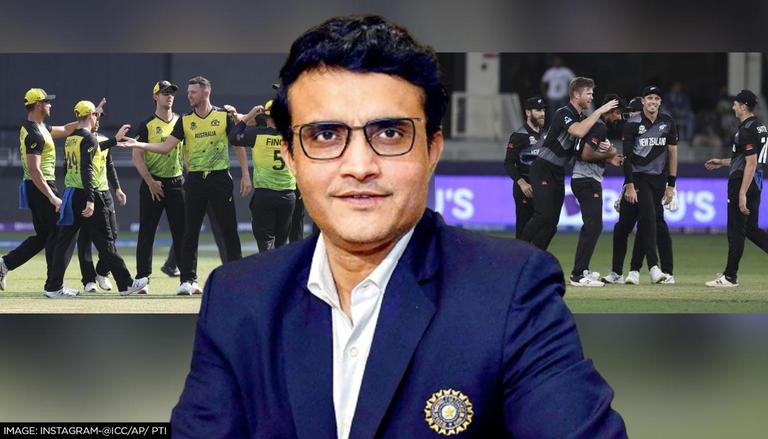 
Former Indian captain and current BCCI President Sourav Ganguly has picked New Zealand to emerge victorious in what is expected to be an enthralling T20 World Cup final. Sourav Ganguly said he picked his favourites based on what he has seen and feels that the Kiwis have a lot of steel and it is time for them to win.

“I feel it is New Zealand's time in the world sport. Australia are a great nation, but they have had a tough time for a while, though they have been a great cricketing country. New Zealand has a lot more guts and character than we see on TV. They won the World Test Championship a few months ago. It’s a small country but it's got a lot of steel. I have the feeling that it is indeed New Zealand’s time,” he said during a book-signing ceremony at the 40th Sharjah International Book Fair yesterday (Saturday, November 13).

Ganguly on Team India's performance at the T20 World Cup

"Expectations were undoubtedly very high, but I was happy to see that a majority of the people had the heart to accept the result. They were upset, but they did not overreact. At the end of the day - Bumrah, Shami, Rohit, and Kohli are all human beings. It was just a matter of two bad games. That's 40 overs of bad cricket. They will bounce back, and within a year or so, we will see the same boys lifting trophies." he said.

The New Zealand vs Australia game will see either of the team make history as neither of the two teams have ever got their hands on the coveted T20 World Cup trophy. Both New Zealand and Australia beat tournament favourites England and Pakistan to make it to this game. If the Aussies win this game, they will get to defend the trophy in their own backyard next year while if New Zealand win, they will make a double, already holding the ICC World Test Championship trophy and will solidify their team as the best team across formats of the game currently.