Sharing his T20 World Cup favourites, Irfan Pathan opined that seeing the conditions of the UAE and the team strengths, he is backing India & Australia 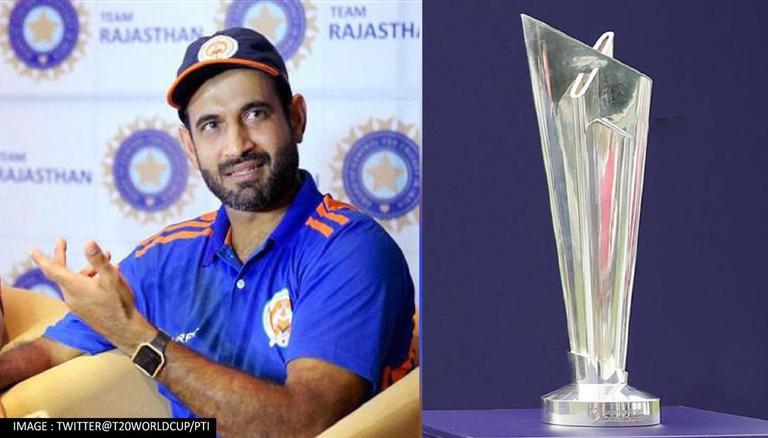 Sharing his T20 World Cup favourites on Twitter, Irfan Pathan opined that seeing the conditions of the UAE and the team strengths, he is backing Team India and Australia for the T20 World Cup. However, Pathan also wrote that he wants to put defending champions West Indies in the top 2, but didn't because they have a 'thin' bowling line-up.

Looking at the condition and team strengths, my top 2 teams this T20 World Cup are INDIA AND AUSTRALIA. Would have love to put West Indies in top 2 but I feel they are thin on their bowling department! What’s yours ?? #T20WorldCup

The major strength that Team India possesses is its formidable batting unit. The top eight consist of players with an impeccable record in winning games for their respective sides. The list includes batters such as Rohit Sharma, KL Rahul, Virat Kohli, Suryakumar Yadav, Ishan Kishan, Rishabh Pant, Hardik Pandya, and Ravindra Jadeja. All these players are proven match-winners with the bat. On top of that, Pandya and Jadeja can impact the game with their bowling too as they are considered top-class all-rounders in the game right now.

Another strength that Team India possesses is its spin attack, which comprises of names like Ravichandran Ashwin, Varun Chakravarthy, and Rahul Chahar. India's spin attack is one of the most dangerous in the competition, with no team boasting of such a large number of spinners in their T20 World Cup squad. The tracks in the UAE, where the second phase of IPL 2021 was played recently, are believed to be spinner-friendly. India could exploit the conditions in their favour. Virat Kohli & Co. will start their T20 World Cup campaign in Super 12 on October 24.

READ | Virat Kohli reveals plans for Pandya at T20 WC; 'will let others bowl until Hardik is fit'

Team Australia's biggest strength will be their pace attack comprising of Pat Cummins, Josh Hazlewood, Mitchell Starc and  Kane Richardson. Their seamers have great pace and variations in their bags and are all capable bowlers up front and at the death. The team also has Ashton Agar, Adam Zampa, and Mitchell Swepson who can be handy on the slow UAE surfaces.