Another iconic version of the 'Mauka Mauka' ad has been doing the rounds on social media ahead of India's T20 World Cup clash with Pakistan on October 24. 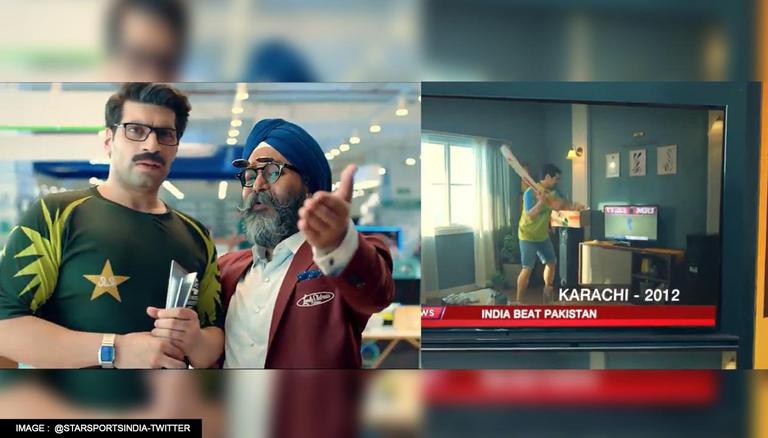 
As India and Pakistan prepare to face each other in the upcoming T20 World Cup on October 24, another iconic version of the 'Mauka Mauka' advertisement has resurfaced and has been doing viral rounds on social media.

The India vs Pakistan match will commence live at 7:30 AM IST, live from the Dubai International Stadium. The Mauka Mauka ad is famous in the country because India has defeated Pakistan in seven consecutive World Cup matches, five of those victories coming in the T20 format.

Star Sports first released the iconic Mauka Mauka ad in 2015 ahead of India's clash against Pakistan in the World Cup. In the video, a young Pakistani supporter can be seen saving up firecrackers with the hope that Pakistan defeats their arch-rivals in the 1992 World Cup in Australia. Once Pakistan loses, the supporter is disappointing and waits for the next opportunity, which has not come until this day.

READ | T20 World Cup : What is Rohit Sharma's unique record that stands out among India's squad

In a subsequent ad, the supporter appears after Pakistan loses the 2011 World Cup semi-final to India. The Pakistani fan asks his son, "Kab phodenge yaar? (When will we burst the firecrackers?' Similar advertisements appear from thereon, with the latest perhaps being the most hilarious.

READ | T20 World Cup: Full list of Team India's players who will be in UAE and Oman

The latest video features a Pakistani supporter inquiring for a TV for upcoming India vs Pakistan clash. The fan is seen telling the Indian shop owner how Babar Azam and Mohammed Rizwan will smack the Indian bowlers for sixes, resulting in several glasses being broken in Delhi. However, in return, he is interestingly presented with two televisions, because of previous results between the two sides.

Are you ready to #LiveTheGame in #INDvPAK?

The shop owner tells the Pakistani supporter that when it comes to T20 World Cups, the Men in Green have lost to India on all five occasions. Hence, their firecrackers will have to wait for the time being. However, since they will still be interested in 'bursting something,' he presents them with two TVs instead of one. The owner explains that two televisions are being given to 'Buy 1 and Break 1 free.' Immediately after, the Pakistani fan can be seen breaking his television after a defeat to India in 2012.

Original Mauka Mauka ad was and will remain the best trolling advertisement in the history of Indian Cricket. https://t.co/0qfDOtKahV