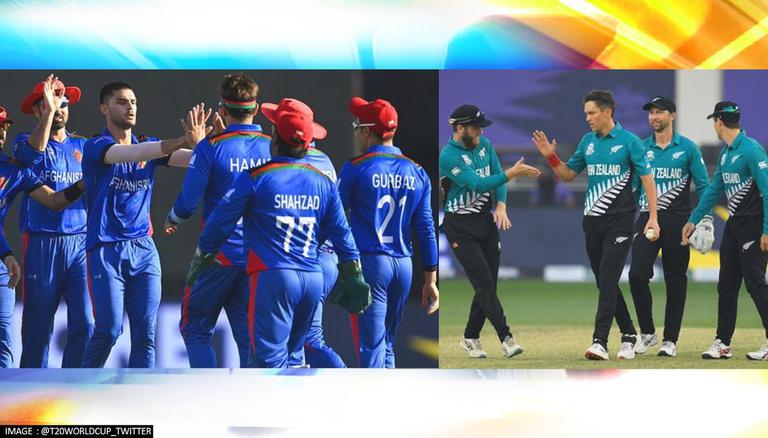 
New Zealand will be locking horns with Afghanistan in the ICC T20 World Cup 2021 Super 12 clash at Sheikh Zayed Stadium in Abu Dhabi on Sunday. Meanwhile, Team India's semi-final hopes are hanging in the balance and they will only live to fight another in this tournament provided the Afghans beat the Kiwis. However, the equation for the BlackCaps is pretty simple- win & they are through to the next round.

In the two matches that both teams have faced off against each other in the shortest format of the game, it is New Zealand who have come out on top on both occasions. Both faceoffs have taken place in T20 World Cup games.

As per our New Zealand vs Afghanistan Dream11 Prediction, the BlackCaps are expected to win this contest and thereby book a semi-final berth.

Martin Guptill: Senior opener Martin Guptill has been New Zealand's top scorer in this tournament so far with 148 runs to his name.

Rashid Khan: The star leggie is Afghanistan's leading wicket-taker with seven scalps and he would be hoping to prove a point or two after a forgettable outing against India.

Trent Boult: The left-arm speedster will be eager to leave the Afghan batters awestruck with the new ball in hand. Boult has registered eight wickets ib T20 World Cup 2021.

Gulbadin Naib: The former Afghanistan skipper and one of their key all-rounders has chipped in with 54 runs and three scalps in this competition.