Pakistan are now on top of the Group 2 points table with 2 wins in 2 matches. Here's how the groups look after the completion of the 19th match of World Cup. 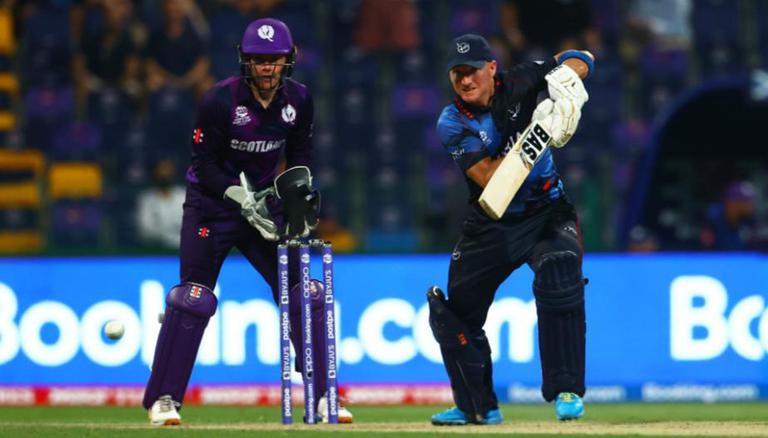 
England and Pakistan continue to lead the points table in Group 1 and Group 2 respectively after winning their first two matches. England defeated Bangladesh by 8 wickets on Wednesday, October 27, to take the lead in Group 1 with four points. Namibia also recorded a win over Scotland to register their first victory in the ICC T20 World Cup 2021. Ruben Trumpelmann and JJ Smit were the stars of the show for Namibia as they propelled their country to open their points account in the T20 World Cup. Meanwhile, Jason Roy scored 61 runs off 38 balls to help England chase down Bangladesh's target of 125 runs with ease. Tymal Mills picked up 3 wickets for 27 runs in the match for England.

Here's how the groups look after the completion of the 19th match of the tournament.

England are on top with 4 points in 2 matches followed by Sri Lanka and Australia, who have two points each after winning their first match. The Eoin Morgan-led side takes the first position, courtesy of its superior team performance in the two matches against West Indies and Bangladesh. South Africa are fourth on the list with 2 points in two matches. The Proteas were defeated by Australia in its first game in Super 12 opener last week but won its second game against West Indies on Tuesday. Bangladesh are fifth on the list with 0 points in 2 games as they lost their first two matches against Sri Lanka and England. West Indies lost to England and South Africa and are at the bottom with 0 points in two games and a NRR of -2.550.

Pakistan are on top with 4 points in two games, winning both their matches in the tournament so far. Afghanistan are second with 2 points in one game courtesy of their win against Scotland on Tuesday. Namibia are in the third spot after beating Scotland in their first game in Group 2 of the Super 12 stage. New Zealand, India, and Scotland are fourth, fifth, and sixth on the list respectively as they are yet to register their first victory in the Super 12 stage.

After the end of group stage, the top two teams in each table will advance to the knockout stage, where they will play the semi-finals to decide the finalists of the ICC T20 World Cup 2021 edition. The final is slated to be held on November 14 at Dubai International Stadium in the UAE.