Eoin Morgan T20 runs in 2021 also shows how he has struggled with the bat as the left-hander has scored a mere 82 runs in 7 T20 innings for England this year. 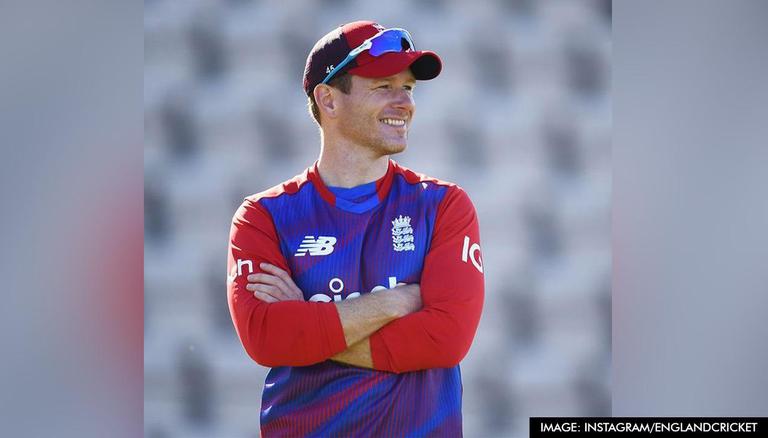 
Eoin Morgan led the England cricket team to the 50 over World Cup title in 2019 and now he will be aiming to lead the team their second T20 World Cup title. However, in the run-up to the opening match, Morgan's form with the bat is a cause of concern for the England team. Eoin Morgan IPL 2021 did not go really well as he only managed to score 133 runs at an average of 11.08 in the recently concluded IPL 2021. Eoin Morgan T20 runs in 2021 also shows how he has struggled with the bat as the left-hander has scored a mere 82 runs in 7 T20 innings for England this year. However, the England skipper has stated that he is ready to drop himself for sake of winning the World Cup.

After missing England's warm-up defeat by India on Monday, Eoin Morgan is set to lead the side against New Zealand on Wednesday. Ahead of the New Zealand clash, Morgan spoke about how England's chances of winning the T20 title will increase in his absence.  According to Espncricinfo report, Eoin Morgan said, "It's always something I've said - it's always an option. I'm not going to stand in the way of a team winning the World Cup. I've been short of runs but my captaincy has been pretty good, as it goes. So, yes is the answer".

He further said, "Not being a bowler and being a bit older and not contributing as much in the field, I've loved the role of captain. You get two bites at the cherry impacting the game. As regards my batting, I wouldn't be standing here if I hadn't come out of every bad run of form that I'd ever had. The nature of T20 cricket and where I bat means I always have to take quite high-risk options and I've come to terms with that. It's just something you deal with, it's the nature of the job so I'm going to continue taking those risks if the team dictates they need them."

England are currently the top-ranked T20 team in the world and with most of the players who have already played in UAE condition, the team is likely to benefit from their experience. Speaking about England chances at T20 World Cup Morgan said, I think it'll be unbelievably special if we manage to do it. I think that the group of players that we've had together for the last five or six years, alongside some new, really talented and young guys coming through, who have really made a name for themselves, makes the composition of the squad extremely strong.

He further said, We're always trying to push the limits, we're always trying to get better as a side, and since 2019 our cricket has been as consistent as ever, I think, in the T20 format which is extremely difficult to do when there's been chopping and changing the whole time. And I think with the opportunity of not only this World Cup but next year's as well, there's a real chance of being contenders".