Irfan Pathan speaks about the travel schedule of Team India, which started with the ICC World Test Championship in June leading up to the ICC T20 World Cup. 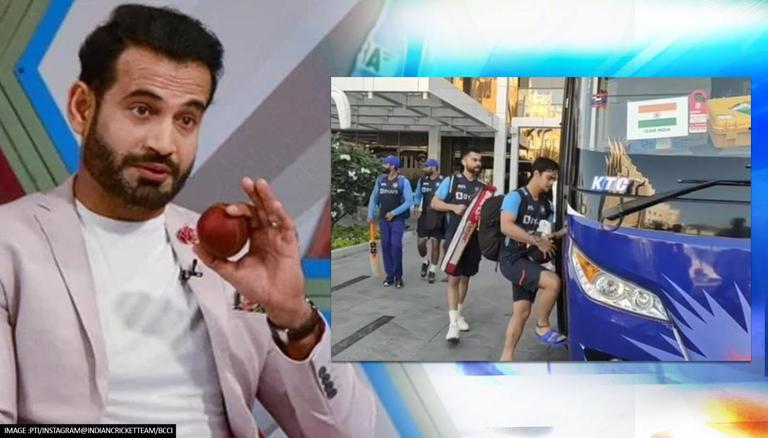 
Former Indian cricketer Irfan Pathan has expressed his thoughts on the constant touring of Team India, which started with the ICC World Test Championship in June this year and continues with the ICC Men’s T20 World Cup 2021. India played the inaugural edition of the Test Championship in England, and then played a five-match Test series against England in England. The away tour of the Indian players continued with the second leg of Indian Premier League (IPL) 2021 in UAE before playing in the ICC Men’s T20 World Cup 2021.

Meanwhile, while speaking on Star Sports show Game Plan, former Indian all-rounder Irfan Pathan spoke about the Indian team’s fatigue, which may have affected their performance in the T20 World Cup.

Explaining about the same, Pathan said, "Look, the Indian team has been touring non-stop, first WTC, then the England tour - which was a long tour - then the whole IPL, and now coming into the World Cup is not easy for anyone. But, most of the teams are in the same boat as well.

So, you need to keep that aside and just keep thinking positively, because I think, in the two years of the pandemic a lot of people lost their jobs as well. So, you need to think from the perspective, that you are definitely working but you are representing your country as well, that's the biggest pride moment for anyone."

Pathan added that it's not easy for the players, citing that humans think in a certain way and get homesick. He also spoke about Team India’s upcoming series against New Zealand, saying that the team management would definitely use the rotation policy as nobody wants to play all the time, as players are not machines.

However, Pathan added that India should focus on the upcoming games of the ICC Men’s T20 World Cup, saying that representing the country is the biggest pride one can have. India play against Afghanistan, before facing Scotland and Namibia in the final two matches of the Super-12 stage of the T20 World Cup.

Meanwhile, following the conclusion of the tournament, the India vs New Zealand T20I series starts on November 17, at the Sawai Mansingh Stadium in Jaipur, Rajasthan.