Chahal Pays Tribute To 'first-ever Royal' Shane Warne; 'He's Been Watching Me From Above'

Yuzvendra Chahal has played 14 matches in the current edition of the cash-rich league and has picked 26 wickets at an impressive average of 16.54. 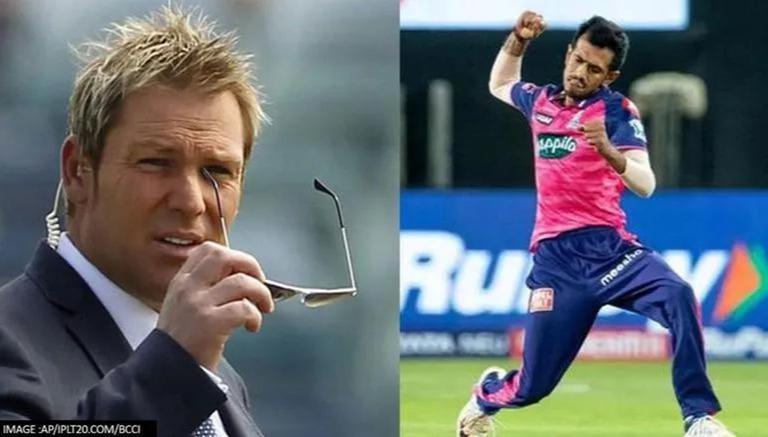 
Yuzvendra Chahal, the top spinner for Rajasthan Royals (RR), paid tribute to the legendary Shane Warne before his Qualifier 1 match against Gujarat Titans (GT) on Tuesday. Chahal, who was acquired by the Royals in the IPL 2022 mega auction, said he enjoyed playing for the franchise because he felt like he has been a part of it for many years. Chahal went on to say that his connection to Rajasthan was also significant because his idol, Shane Warne, was the franchise's first Royal.

Chahal believes Warne has been watching him from above and wishes for him to succeed. The 31-year-old said in a statement to Rajasthan Royals that Warne's blessing is with him. Warne, who died earlier this month, led the Rajasthan Royals in their maiden season in 2008. In the same year, the Australian spin-bowling great guided the team to their first and only title win. Chahal has long admired Warne, who has assisted him with his bowling on several occasions.

"I know it's just the first season here (at Royals) for me, but it feels like I've been playing here for many years. It's like a family already. I'm really relaxed here mentally, and I believe the credit goes to the people here, who take really good care of me. It's not just within the playing team and support staff, but also the management, which is something I really value," Chahal said in the statement.

"The way they respect and love me, it has really made me connect with the franchise at a different level. On the other hand, it's also special for me because Warne sir played for RR and was the first-ever Royal, and I think his blessings are with me. I feel like he's been watching me from above," he added.

Chahal has played 14 matches in the current edition of the cash-rich league and has picked 26 wickets at an impressive average of 16.54. The 31-year-old is the highest wicket-taker in the tournament so far and presently holds the Purple Cap. He is the only bowler to have picked a hat-trick this season, a feat he registered against Kolkata Knight Riders on April 18.

READ | IPL 2022: Suryakumar clarifies 'sweet-banter' with Chahal; 'I didn’t tell him anything'

Rajasthan Royals are slated to play the Qualifier 1 against Gujarat Titans on Tuesday, May 24. The match is scheduled to take place at Kolkata's Eden Gardens.