Ex-Indian batter & BJP MP Gautam Gambhir gave a befitting reply when he was asked why does he continue to work in the IPL despite being a full-time politician. 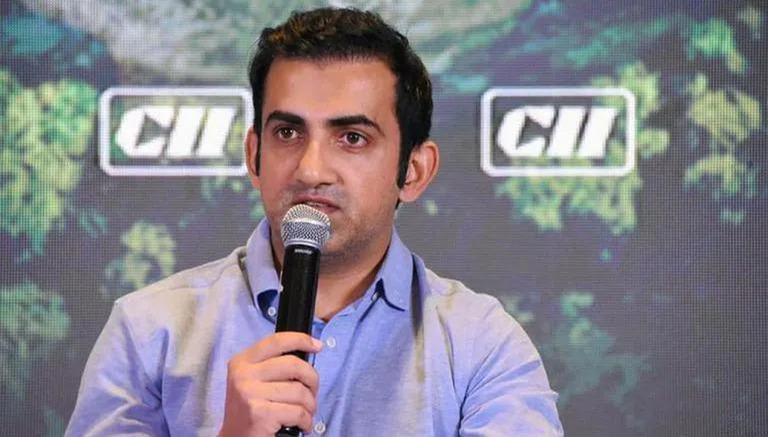 
Former Indian batter and Bhartiya Janata Party (BJP) Member of Parliament Gautam Gambhir gave a befitting reply when he was asked why does he continue to work in the Indian Premier League (IPL) despite being a full-time politician now. The 40-year-old said that he does so for the greater good of the community, emphasising that he was not born with a golden spoon.

Gambhir gives outstanding reply when asked why he works in IPL

In a video uploaded by Gautam Gambhir's political secretary, the former Indian cricketer said at a news conference, "Why I commentate in IPL or work in it is because I spend INR 25 lakh every month to feed 5000 people. This translates to roughly Rs. 2.75 crore per year. I've also spent INR 25 lakh to build a library."

He went on to add, "I spend all of this money from my own pocket, and not from the MPLAD (Member of Parliament Local Area Development Scheme) fund. The MPLAD fund doesn't run my kitchen or other things that I do. I don't have a tree in my house from where I can pluck money either."

The Members of Parliament Local Area Development Scheme (MPLADs) is a central government scheme, where MPs can recommend development programmes up to Rs 5 crore per annum in their respective constituencies. "Only because I work, am I able to feed those 5000 people or establish that library. I have no shame in saying that I do commentary and work in the IPL. All of this that I do has an ultimate goal," concluded Gambhir.

The former Team India Captain continues to be associated with cricket and the IPL despite being a full-time politician now as he served as the mentor for the Lucknow Super Giants side this season. Under Gambhir's mentorship, the debutants qualified for the IPL 2022 playoffs, only to lose to the Royal Challengers Bangalore in the eliminator.

Meanwhile, when it comes to his work as an MP, Gambhir has set up a kitchen in Gandhi Nagar called 'Jan Rasoi,' where meals are offered for Rs 1. And that is not it, as he has also set up a library in the area. The East Delhi MP strived to continue his good work for the residents of his area.