Ian Bishop Reveals Story Of DC Batter; 'Promised His Mom, He'll Take Them Out Of Poverty'

Ian Bishop while talking about the DC cricketer Rovman Powell who idolises fellow Jamaican Andre Russell said that he is more than just a decent player. 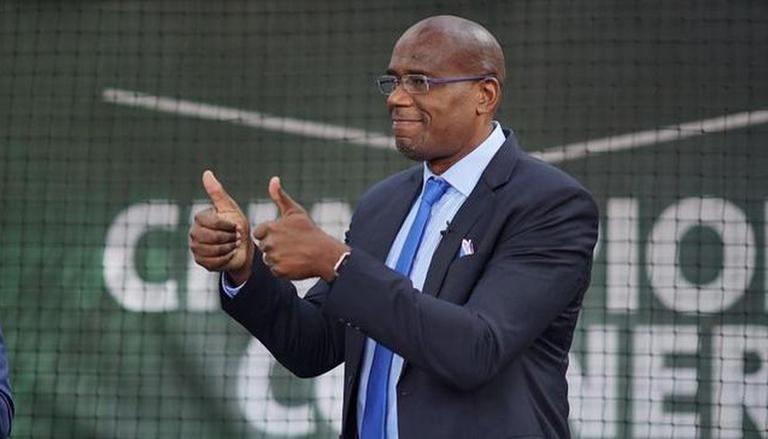 
Delhi Capitals' West Indian purchase Rovman Powell gave IPL fans a glimpse of his big-hitting skill when he smashed an unbeaten 33 runs off 16 balls during DC vs KKR match on Thursday. The right-handed batsman is yet to play a big knock for the team but his shot-making abilities showed that he is getting close to making a big score. Former West Indies cricketer turned commentator Ian Bishop revealed how Rovman Powell had promised his mother to take them out of poverty.

Powell, along with his single mother and younger sister, grew up in the Bannister District of Old Harbor, Jamaica, and encountered many challenges. Ian Bishop while speaking to Espncricinfo said that many individuals would like him to achieve big things. “If somebody has ten minutes left, watch Rovman Powell’s life narrative, which is available on YouTube. You’ll understand why people, myself included, are ecstatic that he’s had a flavour of the IPL. He was born into a poor family".

He further added, “When he was still in secondary school, he promised his mother that he would help them get out of poverty. He is living his ambition of being able to do so. “Wonderful story".

Rovman Powell idolises Andre Russell and the Jamaican cricketer has come a long way and worked on his game which is very much visible from his innings so far. Ian Bishop while talking about the cricketer said that he is more than a decent player.

“I was trying to think back about his hundred against Adil Rashid and Moeen Ali in the Caribbean. He averaged 43 against India with these same spinners in India last February. He has improved a lot, is very good against seam and shows a great temperament."

IPL 2022: Delhi Capitals' performance in the season so far

Delhi Capitals after 8 matches have only got 8 points and are currently sixth on the points table. The Rishabh Pant-led team has registered four wins and four matches so far. With the IPL playoffs approaching fast, the team need to win at least 4 more matches to qualify.