IPL 2022: 'Andre Nortje Is 4-5 Spells Away From Being Match Ready,' Stresses Ricky Ponting

Delhi Capitals head coach Ricky Ponting feels South African pacer Anrich Nortje is just a couple of spells away from being match ready and expressed optimism over his availability for their next IPL game against Lucknow Super Giants on April 7. 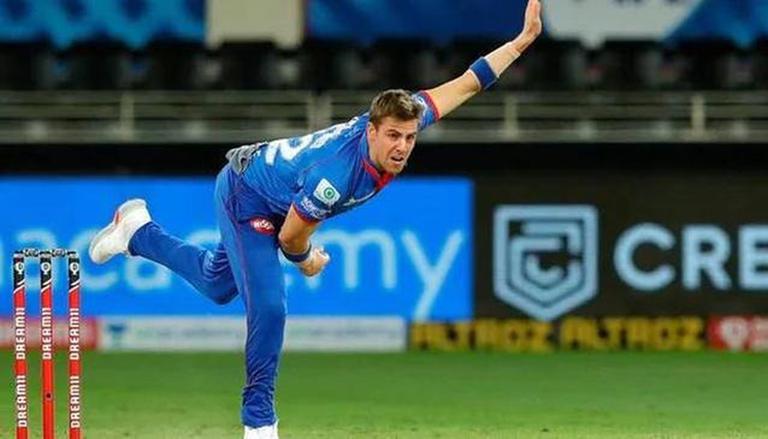 
Delhi Capitals head coach Ricky Ponting feels South African pacer Anrich Nortje is just a couple of spells away from being match ready and expressed optimism over his availability for their next IPL game against Lucknow Super Giants on April 7.

Nortje has been out of competitive cricket since last November's T20 World Cup due to a back and hip injury.

"Nortje bowled 100% this morning (Saturday) in the warm-ups. He has to get through another maybe four or five-over spell at 100% capacity and then I think if he gets clearance from Cricket South Africa, he should be right to go.

"We have got a few more days before our next game, so hopefully he is available for selection for that one," Ponting said at the virtual post-match press conference after losing by 14 runs against Gujarat Titans here on Saturday night.

Asked about the availability of Australian duo of David Warner and Mitchell Marsh, who is nursing a hip injury, Ponting said: "David Warner has arrived in Mumbai. He left early yesterday morning I believe, so he should be there when we get back to Mumbai tonight.

"Mitchell Marsh has been in Mumbai for a few days, obviously getting his quarantine done. I think he might be out of quarantine tomorrow actually," he said.

"We are hoping that he (Marsh) is going to be available for the game on 10th (against Kolkata Knight Riders). He picked up that slight hip flexor strain in Pakistan. So we need to get a lot of treatment work into him and obviously a few good training sessions before he is available for selection.

"But fingers crossed, Davey should be there for the next game and Mitch Marsh for the game after." DC coach said the 172-run target was a chaseable one but early wickets hurt their cause against Titans.

Chasing, DC were reduced to 34 for three inside five overs by Titans at the MCA Stadium.

"On this wicket, on this ground, we thought it was a very, very chaseable total," Ponting said.

"Unfortunately for us, for the second game in succession we were behind the eight-ball early. There were a few too many quite soft dismissals from our batsmen tonight.

"If you are losing three wickets in the powerplay, it's really hard to win games from there. We know that, the stats say that, they have said that right through the history of T20 cricket. That's certainly one area that we got to get better at, getting through that powerplay. None or one down would be a nice start to a run chase." The loss of early wickets, notwithstanding, DC were in great position to chase down the target, needing 54 runs off the last six overs with skipper Rishabh Pant and Rovman Powell at the crease.

"There probably was a little bit of panic. At no stage did the run rate go out of hand and that's what probably makes it a more disappointing loss than it probably looks on the scoreboard," Ponting said.

"We had Rishabh in the middle of a really good innings. Rovman Powell had just gone out. If those two had been out to bat together for two-three more overs, I think we would have won the game. But we were not good enough to do it." Titans fast bowler Lockie Ferguson, who returned with match-winning figures of 4 for 28, said his focus was only on bowling in the right areas.

"There was little bit of nip in the pitch. My job was pretty simple to bowl in the right areas and try to find the nip off the pitch," he said.