Former Indian middle-order batter Sanjay Manjrekar has heaped praise on an Indian player's captaincy by highlighting how he saw shades of MS Dhoni in him. 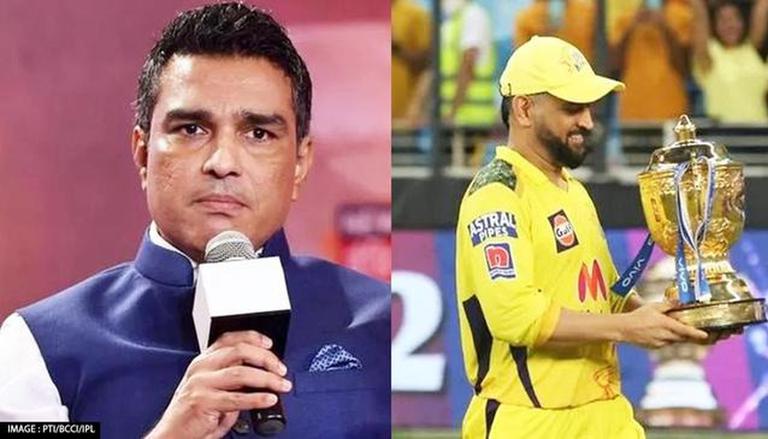 
Former Indian middle-order batter Sanjay Manjrekar has heaped praise on Gujarat Titans captain Hardik Pandya by highlighting how he saw shades of MS Dhoni in him during the IPL 2022 season. The 56-year-old explained how calm and composed Hardik Pandya was during this year's tournament as he led his side to their maiden title win.

While speaking to ESPNcricinfo, Sanjay Manjrekar said, "Hardik Pandya bowled well. In batting too, he batted in all gears while playing at the crucial No.4 spot. He captained the team like MS Dhoni. R Sai Kishore bowled the 16th and 18th overs in the final. His captaincy was similar to MS Dhoni’s, as he made the decisions according to match situations. He seems to be enjoying the captaincy and looks very relaxed."

Similar to Hardik Pandya, MS Dhoni is regarded as a captain who is not only cool, calm and composed but one who is also known for his bold decisions, whether it was while leading Team India or the Chennai Super Kings to the path of victory. The 40-year-old is a master at analyzing situations and making the best decisions that would help his side get the advantage in those moments.

Nobody gave them a chance, however, Gujarat Titans, bucking all pre-tournament predictions, surprised everyone by lifting the Indian Premier League title in a dream maiden season after a seven-wicket victory over Rajasthan Royals in the final here on Sunday.

Shubman Gill and David Miller remained unbeaten on 45 and 32, respectively, to complete an emphatic win for their team.

It should have been a comfortable chase but Rajasthan bowled their hearts out to make it an interesting final. As they showed all season, Gujarat remained calm in tough situations to finish the chase in 18.1 overs.

Hardik Pandya not only enjoyed a spectacular IPL 2022 season as captain but also with both bat and ball. The 28-year-old hit 487 runs in just 15 innings, at a brilliant average of 44.27, with the highest score of 87. He also picked up eight wickets to end a memorable season, with his best figures of 3/17 in the all-important final. Following a fantastic season, Hardik will now join Team India's squad when they take on South Africa in a five-match T20I series, beginning June 9.