The IPL 2022 season witnessed not only experienced players but uncapped Indian players showcasing their talent on the biggest T20 platform. 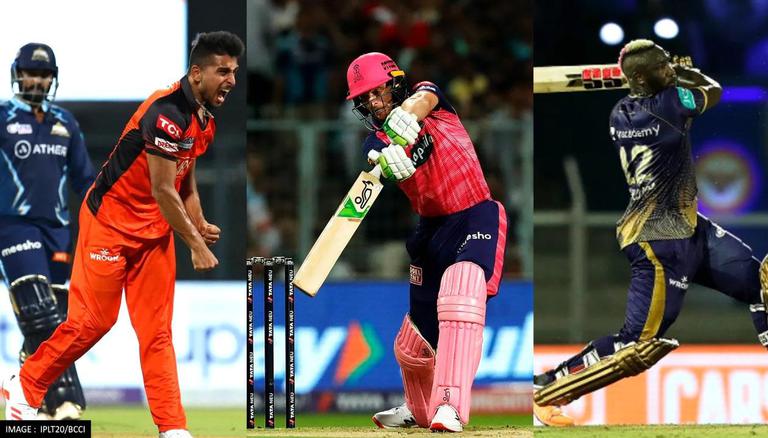 
Rajasthan Royals failed to win their second Indian Premier League title as they lost to Gujarat Titans in the final. RR opener Jos Buttler, who had a great tournament with the bat, dominated the list of awards which also included the Most Valuable Player (MVP) trophy. Besides the overseas players, there were a couple of uncapped Indian players who also performed well during the tournament. Let's take a look at players who were among the MVPs for their franchises during IPL 2022.

The IPL Most Valuable Player award was introduced in the Indian Premier League in the 2013 season. Prior to that, a player of the tournament award was given to the best player of IPL from 2008 to 2012. Let's take a list of IPL 2022's best players.

The England batter needs no introduction as he went on to win the Orange Cap by a comfortable margin. The explosive opener scored four centuries in the tournament and finished the season with 863 runs in 17 matches.

The Gujarat Titans skipper led the team from the front, playing some valuable knocks during the entire season. The all-rounder finished the title-winning season with 487 runs.

Mayank Agarwal-led Punjab Kings had a topsy turvy season before failing to reach the IPL Playoffs. However Liam Livingstone was one of the bright spots for the PBKS team, performing really well during the tournament. The explosive batsman scored 437 runs at a strike rate of 182.

Despite Kolkata Knight Riders failing to make it to the IPL playoffs, the West Indian had a great season with the bat and ball. Andre Russell scored 335 runs in 14 matches and was the team's leading wicket-taker in the IPL 2022 tournament with 17 wickets.

The Lucknow Super Giants under the leadership of KL Rahul had a good season, making it to the IPL 2022 Playoffs. The franchise, however, was knocked out by Royal Challengers Bangalore in the IPL Eliminator with skipper KL Rahul playing a fighting knock. Overall, KL Rahul scored 616 runs – the second-highest run tally – in 15 matches which included two centuries and four half-centuries.

The leg spinner had a great IPL 2022 season picking up 27 wickets to win the Purple Cap. Chahal was the leader of the bowling attack throughout the season and made key contributions on a consistent basis.

The Sunrisers Hyderabad pacer was the find of the tournament, bowling deliveries at a speed of 150 kmph. He finished the season with 22 wickets in 14 matches. The IPL performance also earned him his maiden call-up to the national team.

The Srilankan all-rounder did not score many runs with the bat, however, he ensured that he did his job with the ball. The spinner finished second in the IPL wicket-takers list with 26 wickets from 16 matches.

The left-arm spinner, who warmed the bench last season while playing for KKR, unleashed himself during the IPL 2022 season. Kuldeep finished the season with 21 wickets from 14 matches.

With Deepak Chahar sidelined by injury, Mukesh Choudhary stepped up and was excellent during the Chennai Super Kings' disappointing IPL 2022 campaign. The left-arm pacer showed he can swing the ball both the ways, which was visible during CSK vs Mumbai Indians match. Choudhary finished the campaign with 16 wickets.