The Kolkata Knight Riders (KKR) are all set to take on the SunRisers Hyderabad (SRH) on Saturday, in what could be a vital match in deciding the play-off spots. 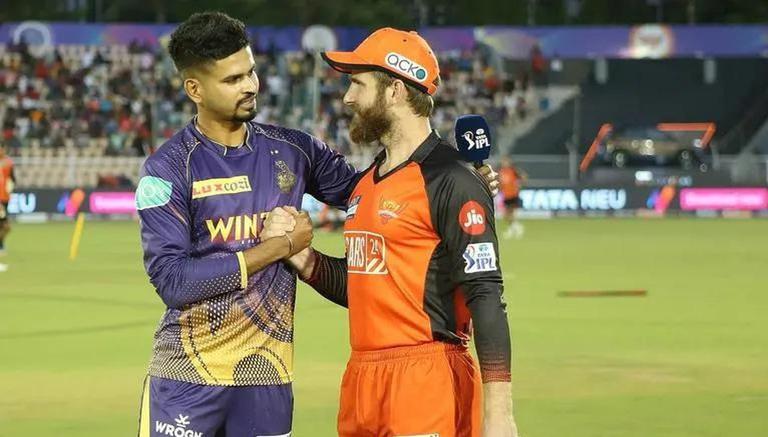 
The Kolkata Knight Riders (KKR) are all set to take on the SunRisers Hyderabad (SRH) on Saturday, in what could be a vital match in deciding the play-off spots. As things stand in the IPL 2022 points table, SRH are currently in seventh place with 10 points, having played 11 matches. While the contest may not be a must-win for them yet, it is for KKR, who are languishing in eighth place with just 10 points, having played 12 games.

With the IPL 2022 season heading towards the business end of the competition, this match promises to be an exciting and nail-biting contest. Ahead of the clash, here is a look at our KKR vs SRH Dream11 prediction, Kolkata Knight Riders vs SunRisers Hyderabad playing 11 news, and head-to-head record between the two teams.

KKR have won the toss and elected to bat first.

When it comes to the head-to-head record of the two sides, the SunRisers Hyderabad and the Kolkata Knight Riders have faced each other on 23 occasions, with SRH winning nine of the clashes and KKR winning 14. However, the last time the two sides met, the Kane Williamson-led team won the contest, with Rahul Tripathi and Aiden Markram starring in the win.

After Match No. 6⃣0⃣ of the #TATAIPL 2022, here's how the Points Table looks 🔽 #RCBvPBKS pic.twitter.com/tCYVb2Z47g

With both the Kolkata Knight Riders and the SunRisers Hyderabad still in the hunt to qualify for the IPL 2022 play-offs, both teams were expected to feature their strongest playing XIs. KKR brought back Umesh Yadav to the team instead of the injured Pat Cummins, while T Natarajan returned for SRH instead of Fazalhaq Farooqi.

Below are the confirmed playing 11 for both sides: