The first game of the IPL itself was a momentous occasion with Brendon McCullum smashing an unbeaten 158 off 73 balls to kickstart the league. 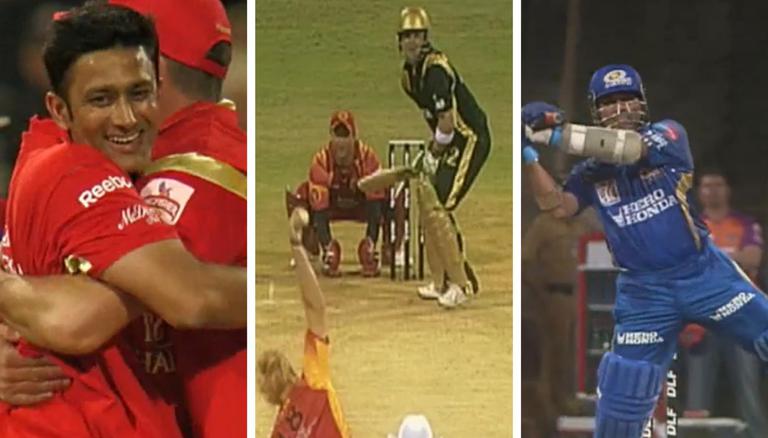 
The Indian Premier League has been a revolution in cricket. Since it's launch in 2008, IPL has become the biggest cricket league in the world with the most famous stars of the game turning out to play for their respective franchises. The first game of the IPL itself was a momentous occasion with Brendon McCullum smashing an unbeaten 158 off 73 balls to kickstart the league. Since then, the IPL has seen a lot of up and downs and a plethora of occasions to remember.

Legends of cricket like Sachin Tendulkar, late Shane Warne, Anil Kumble, Kevin Pietersen, Sanath Jayasuriya, Muttiah Muralitharan and Ricky Ponting were maintstays in the initial phase of the league with many providing numerous match-winning moments for the fans. IPL has unearthed a lot of superstars for Indian cricket as well for overseas teams with players like Jasprit Bumrah, Ravindra Jadeja, David Warner and Kieron Pollard becoming stalwarts of the game.

The Indian Premier League posted a 10-minute long video of the all the 'magnificent milestones, sensational catches, historic performances' in the history of the tournament. Take a look at the 'total rewind' of IPL as the league celebrates 15 years of its success:-

READ | Women's IPL likely to be launched next year; preparations in full swing by BCCI
https://www.iplt20.com/video/247299/shardul-thakur-s-impactful-3-38?tagNames=ipl-magic,indian-premier-league,ipl-magic

McCullum recalled his history-making 158 vs RCB in the first match of the IPL.

“No one who supported the IPL, cricket in general, realised how big this tournament was going to become and I think we found out that night and also the people who followed cricket and here in India also all around the world,” McCullum told IPL website.

The BCCI decided to expand the league from 8 teams to 10 teams for the 15th edition of the Indian Premier League. IPL 2011 took place with 10 teams but two outfits Kochi Tuskers, Deccan Chargers & Pune Warriors had to shut shop due to financial matters. With CSK & RR suspended for two years, Gujarat Lions and Pune Super Giants were added to the event. But in 2022, IPL was officially extended to 10 teams with Lucknow Super Giants and Gujarat Titans becoming an official IPL franchise. IPL 2022 has already seen a lot of dramatic moments with last-over victories and former champions MI & CSK lagging behind in competition against new teams.

WE RECOMMEND
IPL 2022: With 6th loss in a row, how can Mumbai Indians still qualify for Playoffs?
IPL 2022: Why is PBKS captain Mayank Agarwal not playing against SRH? Dhawan answers
Women's IPL likely to be launched next year; preparations in full swing by BCCI
LSG vs RCB Preview, IPL 2022: Lucknow or Bangalore? Who will triumph in battle for supremacy?
IPL 2022 Points Table: A look at updated Orange & Purple Cap standings after CSK vs GT