A former India player has revealed his take on Shreyas Iyer clarifying his statement about the CEO Venky Mysore being involved in KKR's team selection. 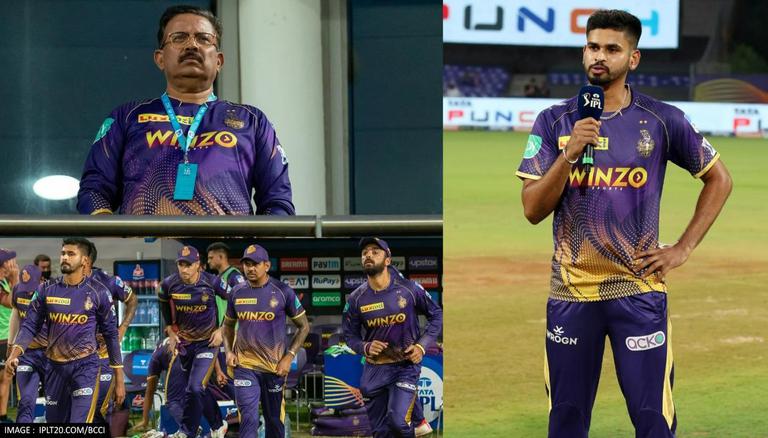 
Kolkata Knight Riders had a lacklustre Indian Premier League 2022 campaign as the team’s performance went downhill due to frequent team changes after a few initial wins. KKR skipper Shreyas Iyer found himself in the headlines during the league stage of the tournament for his comments about the KKR CEO Venky Mysore being involved in team selection. Although Iyer later clarified his words, the matter had already become a talking point for the Indian cricketing community as the CEO’s involvement faced a lot of criticism on social media.

Meanwhile, former India cricketer Aakash Chopra has now revealed his take on the entire matter by saying he feels that Iyer was asked to change his statement in order to clear the air around the team CEO. Chopra also mentioned the incident when Iyer was visibly miffed with head coach Brendon McCullum’s plans against Rajasthan Royals. Iyer had spoken about the difficulties of team selection in a post-match press conference and added that the head coach and CEO’s involvement was a big factor.

'I think he got a rap on his knuckles,' says Aakash Chopra

However, in the next game’s press conference, Iyer clarified and said that he wanted to reveal how the CEO supports the players on the bench. In the meantime, speaking in a recent Youtube video, the cricketer-turned-pundit Chopra said, “Shreyas Iyer once said in a press conference that the KKR CEO is also involved in team selection. I think he got a rap on his knuckles and maybe he was told to change his statement”.

“He then clarified that he had meant that the CEO motivates players when they get dropped and consoles them, but he isn’t involved in the team selection,” Chopra added before mentioning the McCullum incident. After getting dismissed against Rajasthan Royals on May 2, Iyer was visibly upset while speaking to the head coach McCullum. The 40-year-old former Kiwi skipper is all set to leave the Kolkata-based outfit, as he has been announced as the head coach of the England men’s Test team.

READ | Shreyas Talpade says regional cinema getting bigger than ever; 'This is great opportunity'

KKR started the 2022 season with three wins in the first four matches, before losing five games on a trot. The team won three out of their next five games but failed to make it to the IPL 2022 Payoffs. One of the biggest reasons, the team failed to perform consistently can be understood to be the inability to choose the correct team combination. With McCullum leaving, the team will be now looking to restructure the squad for the next season.