Delhi Capitals opener Prithvi Shaw has been discharged from the hospital after undergoing treatment for a bout of typhoid, the franchise said on Sunday. 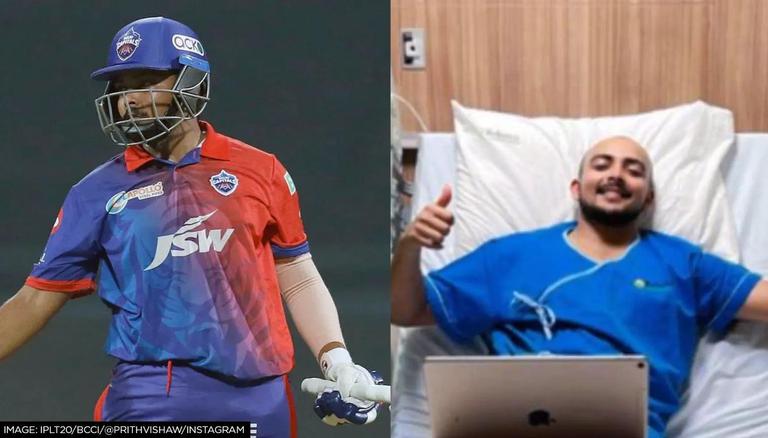 
Delhi Capitals opener Prithvi Shaw has been discharged from the hospital after undergoing treatment for a bout of typhoid, the franchise said on Sunday.

The 22-year-old had been admitted to a hospital due to high fever earlier this month.

"Delhi Capitals opener Prithvi Shaw has been discharged from the hospital where he was being treated for a bout of typhoid," DC said in a statement.

The opener is being monitored by the Capitals' medical team.

"Shaw has returned to the team hotel where he is currently recuperating, while being monitored by the DC medical team," it added.

Shaw last played on May 1 against Lucknow Super Giants. Since then, he has missed the Capitals' last three matches.

His return will be a major boost for the team. Shaw had himself shared an Instagram post from his hospital bed, saying he is hopeful of coming back soon.

In his absence, the team has struggled to find an able replacement to partner the in-form David Warner. Both Mandeep Singh and Srikar Bharat have fizzled out at the top.

The Capitals currently have 12 points from 12 games and need to win their remaining two matches to make the playoff.

They face Punjab Kings on Monday.