Despite some amazing bowling performances in the first innings, Mumbai Indians lost the match by a huge margin of 52 runs as they failed to chase down 165 runs. 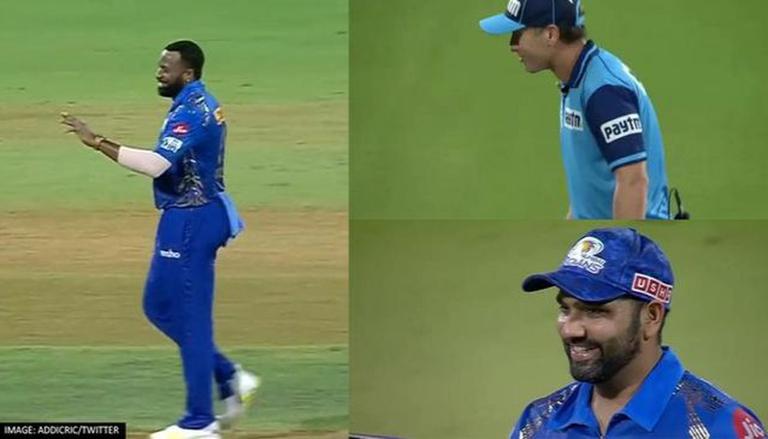 
After registering two back-to-back wins, Mumbai Indians (MI) lost yet another game in the ongoing edition of the Indian Premier League (IPL) on Monday. The Indians went down against Kolkata Knight Riders (KKR) in Match No. 56 of the cash-rich tournament. Despite some amazing bowling performances in the first innings, Mumbai Indians lost the match by a huge margin of 52 runs as they failed to chase down 165 runs in 20 overs.

Meanwhile, during the game, Mumbai Indians all-rounder Kieron Pollard accidentally hit the on-field umpire while delivering one of his overs, capturing everyone's attention. Pollard, who was sent in to bowl his first over, accidentally hit the umpire with the ball after it fell out of his grip. The incident occurred in the tenth over of the second innings and it left Mumbai captain Rohit Sharma in splits. Pollard was seen apologising to the umpire after the mishap.

Kolkata Knight Riders thrashed Mumbai Indians by a massive 52-run margin. Mumbai Indians led by Rohit Sharma won the toss and elected to field first. Thanks to some superb batting by Venkatesh Iyer and Nitish Rana, the Knight Riders amassed 165/9 in 20 overs. Ajinkya Rahane and Rinku Singh also contributed to the team's total before Bumrah bamboozled their batting order with his maiden five-wicket haul. Towards the close of their innings, KKR had four of their last five batsmen dismissed for ducks. Kumar Kartikeya, Daniel Sams, and Murugan Ashwin also picked wickets for Mumbai Indians.

KKR responded by dismissing Mumbai for just 113 runs. In the powerplay, Mumbai's top order fell victim to a blistering burst from Tim Southee and Andre Russell, resulting in yet another batting collapse. Mumbai's sole batter to score more over 20 runs was Ishan Kishan, who scored 51 off 43 balls. KKR also pulled off some great pieces of fielding to turn the match in their favour. Bumrah was named player of the match despite the fact that he lost the game. This was the second time in the 2022 edition of the IPL that a player was given the man of the match award in a losing cause.

READ | IPL 2022: Can KKR still qualify for playoffs? Here's a look at all scenarios for Kolkata