'Shocked Him': Ravi Shastri Reveals Hardik's Reaction To MI Not Retaining Him In IPL 2022 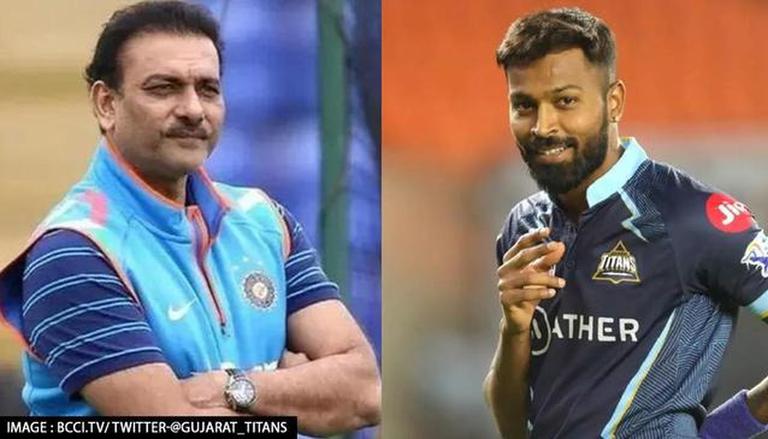 Shastri reveals Pandya's shock at not being retained by MI

While speaking in the commentary box during the second India vs England ODI at Lord's on Thursday, Ravi Shastri said, "It shocked him (Hardik Pandya) when he was not retained by Mumbai Indians. It was tough... MI had Ishan Kishan, Rohit Sharna, Jasprit Bumrah, Suryakumar Yadav, and Hardik Pandya, so they had to pick three out of those five. Ishan Kishan was obviously picked in the auction."

Hardik Pandya was eventually picked by debutants Gujarat Titans (GT) during the IPL 2022 auction. After being bestowed with captaincy at his new franchise, Hardik not only delivered outstanding all-around performances on an individual level, but also led the side to the title in their very first season.

Hardik had a dream IPL 2022 season with the Gujarat Titans as he smashed 487 runs from 15 innings at a brilliant average of 44.27. The 28-year-old also had a massive contribution with the ball as he picked up eight wickets in the 10 innings he bowled, with best figures of 3/17 against the Rajasthan Royals in the finals.

READ | My mindset doesn't take me too high, neither low: Hardik Pandya

England vs India: Hardik Pandya has had an outstanding series

Hardik Pandya not only showcased his class during the IPL 2022 season but has also continued his impressive form into the series against England. Over the five matches, including both T20Is and ODIs, the Indian all-rounder has smacked 92 runs in just three innings. And that is not it, as he has also picked up seven crucial wickets.