Strategy To Pick Seasoned Players For First XI Has Paid Off: Kumar Sangakkara

The auction strategy to spend majority of the purse on building a first eleven full of seasoned players has paid off, said director of cricket Kumar Sangakkara on Friday after Rajasthan Royals reached their first IPL final since 2008. 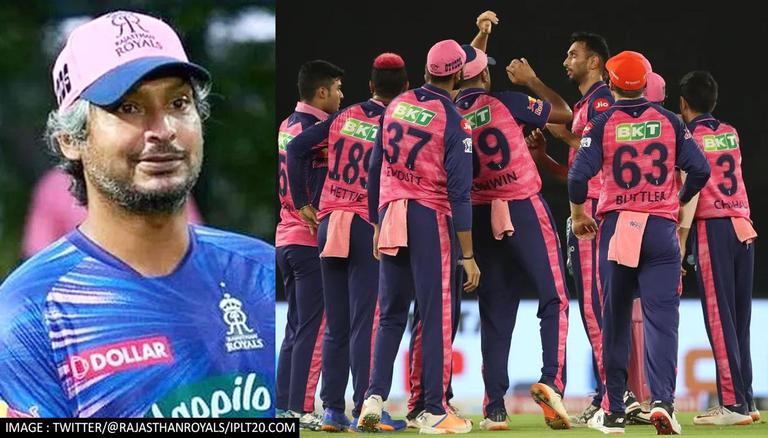 
The auction strategy to spend majority of the purse on building a first eleven full of seasoned players has paid off, said director of cricket Kumar Sangakkara on Friday after Rajasthan Royals reached their first IPL final since 2008.

Royals beat Royal Challengers Bangalore by seven wickets to have a shot at a second IPL title.

"At the auction table, we spent 90-95% of our purse on putting together our first XI. We worked hard on data to work on the players we wanted. We put emphasis on experience at the moment. We have a spattering of youngsters who will become stars later, but our first XI has a strong share of seasoned internationals.

"Full credit to Giles Lindsay, our analyst, Zubin Barucha and the rest of the staff. Wins don't just happen. It takes a lot of planning, hard work, execution on the field," said Sangakkara after the game.

He was all praise for the players who helped the team reach the final.

"Really tough with the close defeat to Gujarat Titans (in Qualifier 1) but the guys got back up and came back strongly.

"Jos Buttler backs his strengths and manoeuvres the bowling to bowl more and more to his strengths. The great thing is he can accelerate anytime. Overall he is a wonderful guy who thinks deeply about his game and himself.

"The entire bowling unit was outstanding. Special mention to Prasidh. We had 16 to defend in the last game, and three sixes by Miller. It can cause a huge dent in the confidence. But he was honest, he was great in the nets.

"Then Trent Boult. And Obed McCoy, his mother has been quite ill back home, but he has been able to put that aside. She is recovering well. And Ashwin and Yuzi have run the show," said the Sri Lankan legend.

Skipper Sanju Samson was a young kid when the Royals won their only title back in 2008. He tried to remember where he was when Shane Warne captained Royals to a memorable win.

"I was playing an Under-16 final somewhere in Kerala when I saw Shane Warne and Sohail Tanvir win it for Rajasthan Royals in 2008," he recalled.

After a tough loss against Gujarat Titans, Royals produced a flawless performance.

"We used to bouncing back in the IPL. It is a long tournament where you go up and down. The wicket, bowling first, was a bit sticky and helping the fast bowlers. The bounce was good, which made it easier to hit the spinners. But our fast bowlers bowled really well," said Samson.

Player of the match Jos Buttler, who hit a record equalling fourth hundred of the season, said it has been a tournament of two halves for him.

"I came to the season with very low expectations but a lot of energy. It is very exciting to stand in the final. I had a season of two halves, and had very honest conversations with people really close to me. I was feeling the pressure midway, and it was only about a week ago that I opened up about it.

"It helped me and I went to Kolkata with a freer mind. Sometimes it is not working for me, and there are times when a younger me would have played a shot and come out. But it's something that Sanga has been saying that the longer you stay, you give yourselves a chance to find a way.

"Great excitement to have the opportunity to play in the final of the biggest tournament in T20 cricket. Shane Warne has been such an influential figure for RR. We miss him dearly," said Buttler.