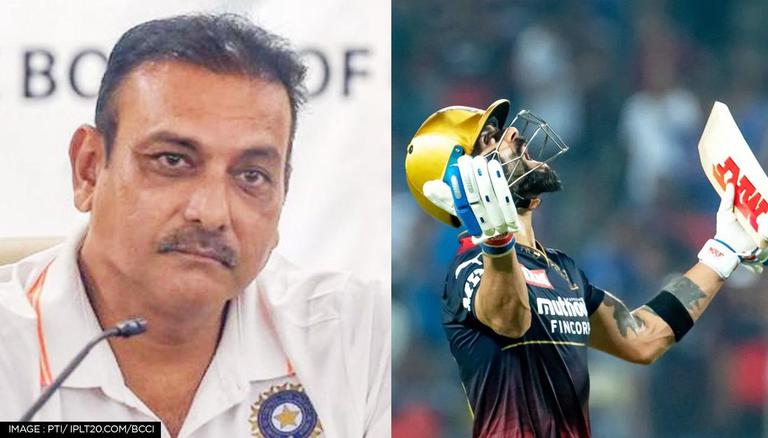 
Virat Kohli, according to former Team India head coach Ravi Shastri, is "overcooked" and should take a break to regain his form. Kohli hasn't been in the best of form since returning from a protracted layoff induced by the COVID-19 pandemic. In last night's IPL match between Royal Challengers Bangalore and Lucknow Super Giants, Kohli's dismal form was on display once again as he was dismissed for a golden duck.

Following the match on Tuesday, Shastri claimed on Star Sports that Kohli is the one who needs a rest right now. Shastri believes the 33-year-old should take a sabbatical and return to cricket refreshed since he still has 6-7 years left in him. Kohli should take a break either before or after the England series, according to the former India cricketer, but he should definitely do it to avoid losing his remaining cricketing career to a "fried brain."

"When I was coach at the time when this first started, the first thing I said is 'you have to show empathy to the guys'. If you're going to be forceful, there is a very thin line there, from a guy losing the plot as opposed to him hanging in there and giving his best. So you have to be extremely careful," Shastri said on Star Sports.

"I am going straight to the main guy here. Virat Kohli is overcooked. If anyone needs a break, it's him. Whether it's 2 months or a month-and-a-half, whether it's after England or before England. He needs a break because he has got 6-7 years of cricket left in him and you don't want to lose that with a fried brain. He is not the only one. There might be 1 or 2 in world cricket going through the same. You need to address the problem upfront," Shastri added.

Meanwhile, former England cricketer Kevin Pietersen also agreed with Shastri's assessment and urged Kohli to take a break from cricket for six months and come back re-energised. Pietersen said the Indian team management should make sure that he is given a chance for the next 2-3 years when he comes back from the break.

So far in the IPL 2022 edition, Kohli has scored 119 runs in seven matches at a dismal average of 19.83. He has a strike rate of just 123.95, which is considered pretty low in the shortest format of the game.