The PKL 2021-22 has gotten off to a fantastic start with some very competitive and mouthwatering clashes as almost all the teams have been superb so far. 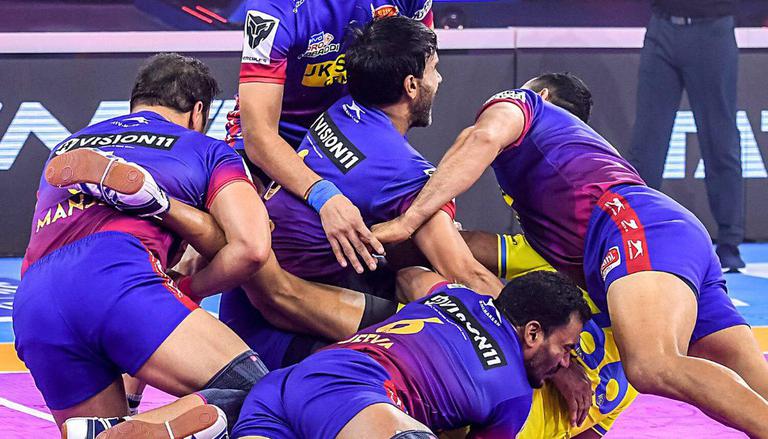 
The Pro Kabaddi League 2021-22 has gotten off to a fantastic start with some very competitive and mouthwatering clashes as almost all the teams have been superb so far. Among them, the Dabang Delhi KC, Patna Pirates and Bengaluru Bulls teams have stood out with some stunning performances filled with grit and determination to win.

The Patna Pirates have been the surprise team for the season so far as they sit second in the PKL points table 2022. It will be a heated PKL season this time around with many teams boasting all round squads. The Tamil Thalaivas have also been pretty good this season, sitting in the fourth position but they have U Mumba breathing down their necks two points behind them.

Bengal Warriors in sixth take up the final qualification spot but they are separated by just a point from seventh-placed Haryana Steelers and just a point separates them from the team in eighth which is the Gujarat Giants and UP Yoddha. The Gujarat team and the UP team are level on points, however, Gujarat boasts a better score difference.  The final three teams are not too far behind as the Jaipur Pink Panthers are just three points off the qualification spot, while the Telugu Titans and Puneri Paltan take up the last two spots in the Pro Kabaddi League points tally.