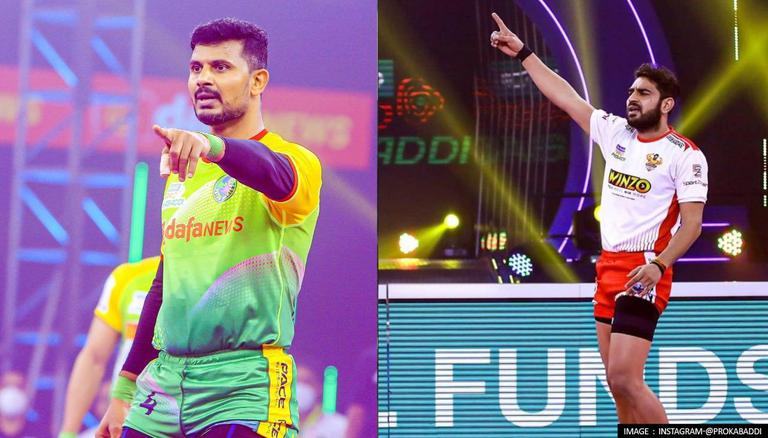 
Gujarat Giants are all set to face Patna Pirates in match no. 42 of the ongoing Pro Kabaddi League(PKL) season 8 at the Sheraton Grand in Whitefield, Bengaluru on Saturday. Ahead of Saturday’s clash, Patna Pirates sit third in the PKL 8 points table, with four wins, one loss, and one defeat in six matches. Whereas, Gujarat Giants have won a single match, and lost three while two other matches have ended in ties.

Meanwhile, Patna head into the match after drawing their previous match against Tamil Thalaivas 30-30 on January 6. At the same time, Gujarat face the Pirates after losing 33-26 to Puneri Paltan on January 5. Monu Goyat, Rakesh Narwal, Mohammadreza Chiyaneh, and Girish Maruti Ernak are a few of the players who are the top performers in the season for their respective teams so far.

Monu Goyat and Sachin will be the top picks for Kabaddi fans in their fantasy teams as Goyat has contributed with 44 raid points, while Sachin has scored 39 raid points for the Patna Pirates. Meanwhile, Mohammadreza Chiyaneh and Sunil will be top defenders from Patna as they have returned with 17 and 13 successful tackles respectively after playing six matches each. For the Gujarat Giants, Rakesh Narwal and Rakesh HS will be the top raiders as they have 44 raid points each to their credit. Girish Maruti Ernak and Ravinder Pahal will be the top two defenders from Gujarat as they have returned with 12 and 10 successful tackles respectively.