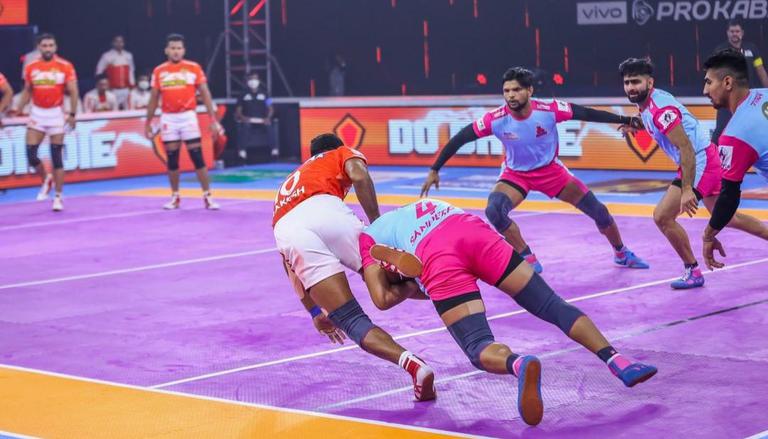 
Jaipur Pink Panthers are all set to face Haryana Steelers in the Pro Kabaddi League  2021 season on Saturday, December 25. Both the teams are currently at the bottom half of the table after losing their respective opening matches in the ongoing season. A win for either of the team is likely to bring their season back on track. We take a look at JAI vs HAR Dream11 Prediction, Jaipur Pink Panthers vs Haryana Steelers team news and other details

The Pink Panthers opened their campaign against the Gujarat Giants but lost the match by a scoreline of 27 - 34 scoreline. Haryana Steelers on the other hand really gave a tough fight to Patna Pirates however they fell short by three points The Haryana-based club lost the game 39 - 42. With both the teams having a fully fit squad at their disposal and also in need of a victory.,. This should be a good contest to watch.

Arjun Deshwal will be the raider to watch out for having scored a super 20 in the opening match. After Arjun Deshwal, Deepak Hooda should be a great pick with the Pink Panthers skippers is likely to give points both on offence as well as defensive front. . Sandeep Dhull bagged had bagged three tackle points in the defense and will be a threat to watch out for in the corner.

Rohit Gulia was the best raider for the Steelers against the Pirates finishing with SUper 10 however the team failed to register the victory. Vikash Khandola is another great option to have in the raiding department despite having a quiet game in which he picked up six raid points. Jaideep and Surender Nada scored High-5s in defence and should be a good option to have in the starting 7,