Haryana Steelers staged a late comeback to hold UP Yoddha for a 36-36 tie, while Bengaluru Bulls thrashed Dabang Delhi 61-22 in the Pro Kabaddi League here on Wednesday. 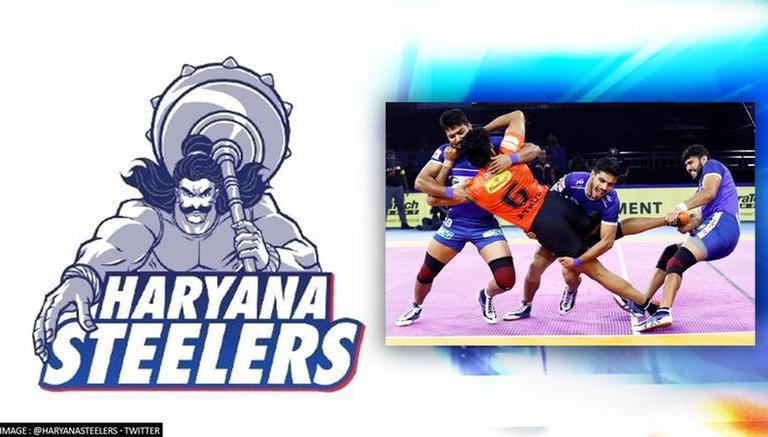 
Haryana Steelers staged a late comeback to hold UP Yoddha for a 36-36 tie, while Bengaluru Bulls thrashed Dabang Delhi 61-22 in the Pro Kabaddi League here on Wednesday.

Yoddha had the lead for most parts of the match, but Haryana bounced back to win crucial 3 points in the race for a playoff spot.

In the other match, Pawan Sehrawat scored an outstanding 27 points from 27 raids as Bengaluru Bulls notched up a 39-point victory over Delhi. It was the second biggest win in PKL history and helped the Bulls jump to the top of the points table.

The lack of a secondary raider hurt Dabang Delhi K.C. who suffered their second loss of the season. The nature of the loss will also hurt Delhi whose score difference went to -4 because of the sizeable loss.

Earlier, Kandola starred in the raiding department with 17 points and would have won the match for the Steelers had it not been for Surender Gill’s heroics at the other end.

Gill scored 14 points for UP who will be upset with the tie after having an 8-point lead in the second half.

Haryana coach Rakesh Kumar started the match with just two raiders in Meetu and Vikash Kandola. The defensive strategy didn’t seem to work out in the initial stages with UP Yoddha's Pardeep Narwal inducing errors.

The "record breaker" was ably supported by his defence with Anshu Singh and Nitesh Kumar looking impressive. Yoddha got their first ALL OUT with 7 minutes remaining to open a 5-point lead.

But Haryana were in no mood to let the match slip as Kandola helped them stay in touching distance from Yoddha. Their defender Jaideep was looking in good form as well as the half ended 14-13 with Yoddha in the lead.

Both teams kept matching each other in the early minutes of the second half. Kandola picked valuable raid points, but Haryana’s defence was struggling.

It was a case of too many cooks spoiling the soup as Jaideep, arguably their best defender, kept swapping positions to suit the formation. Gill scored a 3-point Super Raid in the 10th minute to get them a 3-point lead. The shift in momentum helped them claim another ALL OUT with 9 minutes remaining to increase the lead to 6 points.

Coach Rakesh Kumar brought his third raider Rohit Guliya to the mat and switched to a traditional formation after the ALL OUT.

Yoddha defenders made a few errors in the dying minutes to give Haryana a big chance to inflict an ALL OUT. Kandola produced a stunning 5-point raid (3+2 for ALL OUT) to reduce UP's lead to just one point with slightly more than 1 minute remaining.

He secured his Super 10 in the process and then clinched another 2-point raid to give Haryana the lead.

Gill, however, had other ideas as he matched Kandola with multiple multi-point raids. But the Yoddha raider opted to play it safe in the last raid of the game to end the match in a tie.