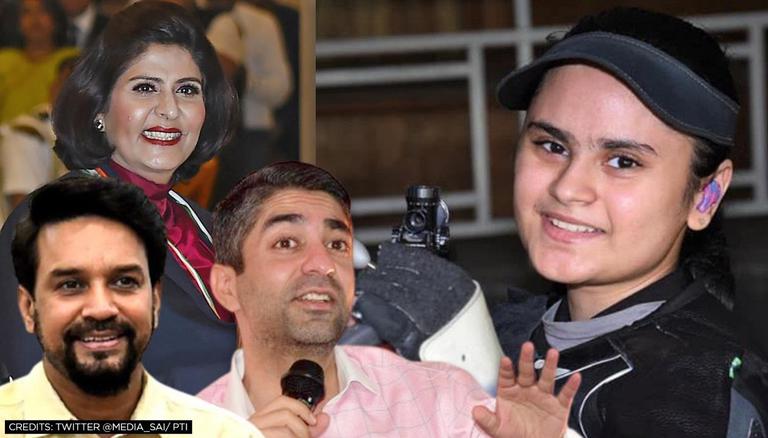 This endeavor by the 19-year-old rifle shooter made her the only Indian woman to win two medals in Paralympics. Adding to her list of milestones, she is the fourth Indian after Joginder Singh Bedi, Mariyappan Thangavelu, and Devendra Jhajharia to win multiple medals at the global sporting event. She scored a total of 445.9 points during her bronze medal-winning performance on Friday.

Deepa Malik, Anurag Thakur, Abhinav Bindra, and others react to the endeavor by Avani Lekhara

And @AvaniLekhara does India proud a second time at the Games, winning a #Bronze with a score of 445.9! 🔥

Indian Sports and Youth Affairs Minister Anurag Thakur was among the many prominent personalities to congratulate the athlete. In his tweet, he lauded Lekhara 'India’s Golden Girl- Amazing Avani' for creating history at the Paralympics games.

READ | Tokyo Paralympics: Aruna Tanwar withdraws from repechage round due to suspected fracture

History has been made !

Meanwhile, Deepa Malik, President of the Paralympics Committee of India(PCI) wished the athlete for becoming the first Indian woman to win 2 medals in the same games. She also uploaded a video from Lekhara’s medal presentation ceremony after her bronze medal win, along with her message. She is currently with the Indian Paralympics contingent in Tokyo.

Adding on to the list, India’s first-ever gold medal winner at the Olympics, Abhinav Bindra also praised the athlete for putting on a performance for the ages.

.@AvaniLekhara, take a bow young lady! A Bronze in 50m Rifle to add to your historic Gold at the #Tokyo2020 Paralympics. A performance for the ages! Many Congratulations #Praise4Para

Another Indian Olympics shooter and former Wolrd No. 1, Abhishek Verma was also among the many sports personalities to congratulate Avani Lekhara.

This young lady is going to shoot for the moon soon, and the world will be watching in awe!🇮🇳#Paralympics #Tokyo2020