Tokyo Olympics have created quite a stir. Be it the controversy regarding the former IOC chief, anti-racism protests, or new countries scripting history. 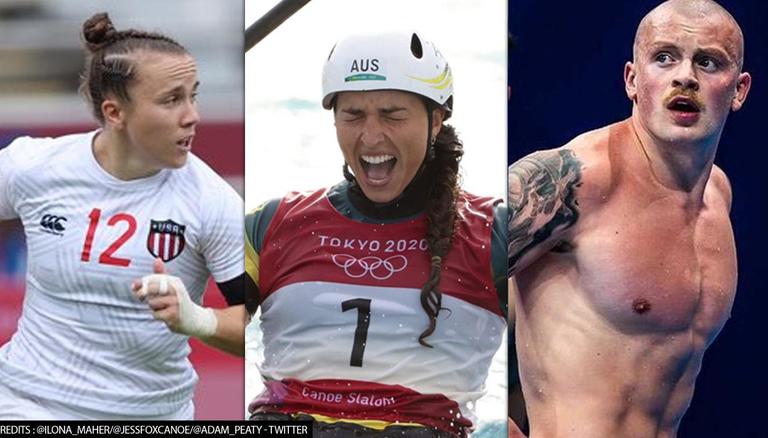 
The ongoing Tokyo Olympics has created quite a stir. Be it the controversy regarding the former IOC chief, anti-racism protests, or new countries scripting history, the summer games have been in headlines ever since biracial tennis champ Naomi Osaka lit the cauldron late last month. Social media has also played its part, bringing the athletes to the phone screen of millions of fans and followers.

With TikTok videos and photographs, the world champions have been giving their fans a virtual tour of the Olympic village, showing them what they eat and how they live. The TikTok videos emerging from the Tokyo Olympics have been much appreciated and loved by netizens. The names include that of US rugby player Ilona Maher, Australian slalom canoeist Jessica Fox. amongst others.

behind the scenes of the olympics tiktok > olympics tbh. pic.twitter.com/DHvpuq7GB1

Also, Tom Daley on his IG story saying that it was because they had breakfast with Adam Peaty in the morning and his gold rubbed off on them 😄✨#Diving #Tokyo2020 pic.twitter.com/jL5oCfALcn

By far my favourite Olympian to follow on TikTok has been @ilona_maher from #TeamUSA might start rooting for them in #Rugby just because of her hilarious videos #Tokyo2020 #Olympics pic.twitter.com/C8gaHtzqqd

1. A video by Australian Olympian Jessica Fox went viral this week, showing her using a condom to repair her broken kayak at the Tokyo Games.

She went on to win her first Olympic gold medal in the women's canoe slalom & bronze in the canoe slalom final.

A post shared by Story Of Fitness Middle East (@storyoffitness)

This comes as the International Olympic Committee (IOC) President Thomas Bach lauded the athletes competing at the Tokyo 2020 Olympics. The IOC President said that the athletes gave the games a “great Olympic soul”. Bach, while thanking the athletes stated that he was concerned about Tokyo 2020 becoming a Games ‘without a soul’ as it missed spectators in stadiums due to the COVID-19 pandemic.

IOC president Thomas Bach was addressing a press conference ahead of the closing ceremony of the Tokyo Olympics. "After we had to accept the decision to have no spectators, I must admit that I was concerned these Games could become Games without a soul. But what we have seen here is totally different."

"The atmosphere in the Olympic Village has been more intense than ever before. The friendship-building here was obvious. There were 2 feelings: Togetherness amongst athletes. The athletes were extremely grateful that the Games could happen and this spread from the Olympic Village to the competition venues, where the athletes were supporting each other. But it was not only that the athletes gave this Games an Olympic soul, it was also that the sporting level of these Games was extremely and surprisingly high,” Bach added.