Haryana's Anshu Malik on Wednesday, October 6, created history as she became the first Indian woman to reach to the finals of the World Wrestling Championship. 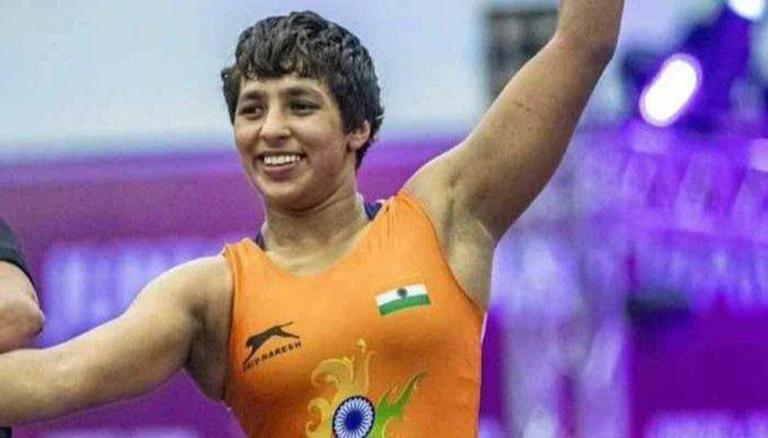 
Haryana's Anshu Malik on Wednesday, October 6, created history as she became the first Indian female wrestler to reach the final of the World Championships. The 19-year-old qualified for the gold-medal match after she beat Ukraine's Solomiia Vynnyk 11-0 in the penultimate match of the competition in Oslo. Malik won the match in the 57kg category on basis of technical superiority. No Indian female wrestler had ever made it to the final of the World Championships before Malik.

"It's extremely satisfying. I am so happy. It feels so good. What I could not do at the Tokyo Games I did that here. I fought each and every bout as my last bout," said Anshu after making the final. The month after the Tokyo Games was very tough. I could not perform as I had wanted at the Games. I suffered an injury (elbow) and can't explain how much pain I endured one month before the World championship. I trained hard for this, I wanted to give my 100 percent and will fight final like my last bout," she said. Anshu had lost her first round bout and also repechage round at the Tokyo Olympics," Malik was quoted as saying by news agency PTI.

Malik will lock horns against Helen Maroulis of the United States in the final match of the World Championships women's freestyle 57 kilograms category.