Minister of Youth Affairs and Sports, Anurag Thakur on Monday said that the Central Government along with the Ministry of YAS has formulated several schemes. 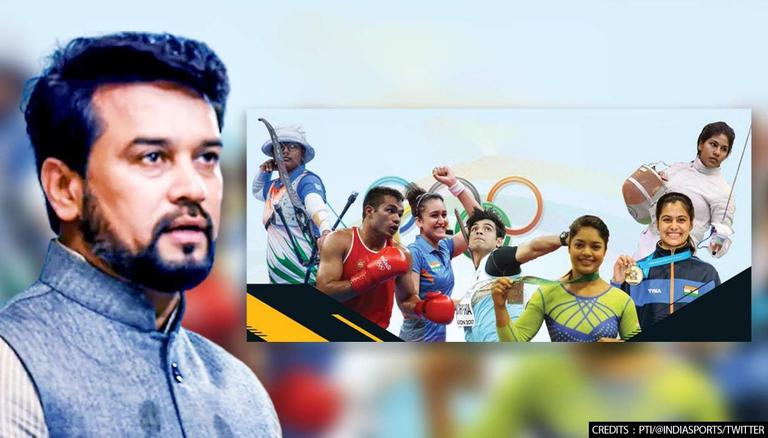 
With an aim to promote sports in India, the Ministry of Youth Affairs and Sports has formulated various schemes including the establishment of 1,000 Khelo India Centres across the country. The Central Government made this announcement on Monday saying that 360 Khelo India Centres have already been notified.

Minister of Youth Affairs and Sports, Shri Anurag Thakur on Monday in a written reply to Rajya Sabha said that the Central Government along with the Ministry of YAS has formulated several different schemes with the motive to promote sports in the country including the rural, tribal, and backward areas. As a part of this initiative, Thakur announced the Ministry's decision to establish Khelo India Centres

In his written reply, he said that the athletes are being selected under Khelo India Scheme and will be provided with the annual financial assistance of Rs 6.28 lakh per annum which includes ₹ 1.20 lakh per annum as Out of Pocket Allowance and ₹ 5.08 lakh for other facilities like coaching, sports science support, diet, equipment, consumables, insurance charges, etc. Also, each Centre under the Scheme at district levels will be eligible to receive Rs 5 lakh per discipline as a one-time grant and Rs 5 lakh per discipline as a recurring grant.

Furthermore, he also informed that 236 sports academies are already accreditated under the "Support to National, Regional, State Sports Academies".

Other schemes by the Ministry of Youth Affairs and Sports

As stated in the written reply by Sports Minister Anurag Thakur, he has mentioned the following schemes that will help to promote sports in the country. These include Khelo India Scheme, Assistance to National Sports Federations, Special Awards to Winners in International sports events and their Coaches, National Sports Awards, Pension to Meritorious Sports Persons, Pandit Deendayal Upadhyay National Sports Welfare Fund, National Sports Development Fund, and Running Sports Training Centres through Sports Authority of India.

READ | Anurag Thakur praises Sindhu after her historic win; Calls her an 'inspiration' for many

These schemes will help sportsperson belonging to the rural, backward, tribal, and women population in the country so that they are provided with regular training on a residential and non-residential basis.