Avani Lekhara won the gold medal at Tokyo Paralympics with a score of 249.6 equalling the world record and Paralympic record. 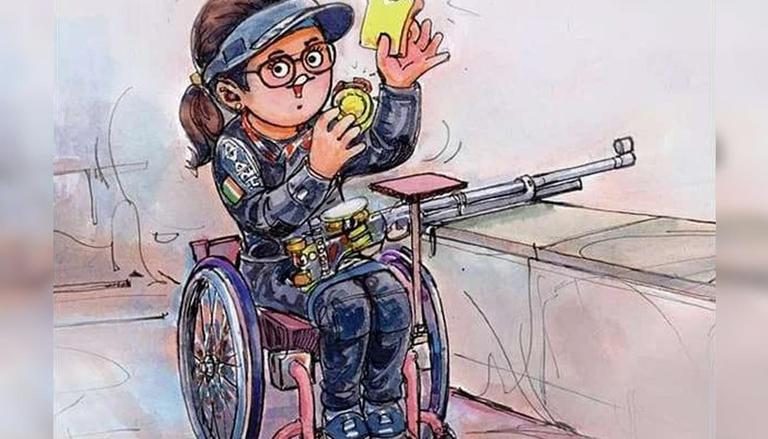 
Amul has posted a topical congratulating Indian shooter Avani Lekhara on Monday for winning a gold medal at Tokyo Paralympics 2020. Competing in the Women's 10m Air Rifle SH1 event, she equalled the world record with a score of 249.6. This took India's medal tally to seven with two golds, four silver and one bronze. See Amul's Instagram post here:

In the finals, Lekhara started out with a score of 52.0, 52.3 and 21.6 in the first three shots. However, Lekhara's last three shots of 21.2, 20.1 and 20.5 confirmed her gold. As Avani Lekhara finished at the top of the podium, not only did she win India's first medal in the ongoing edition of the Paralympic Games but she has become the first woman from the country to win a Paralympics gold medal.

PM Modi, while speaking to Avani Lekhara on the telephone, congratulated her on winning the Gold. He said that this win was a matter of great pride. The shooter also expressed happiness at the support she has received from the entire nation. Earlier in a tweet, PM Modi had said that Avani's gold medal was possible due to her passion for shooting. Olympic gold medalist Neeraj Chopra who had also clinched an Olympic gold medal earlier this month by winning the Javelin throw final congratulated Avani Lehara on showcasing such an 'amazing performance' in her debut Paralympic Games.

Avani had experienced a relatively slow start but advanced to the finals of the Tokyo Paralympics 2020. She finished 7th in the qualifying round with a total score of 621.7. In the finals, Lekhara started out with a score of 52.0, 51.3 and 21.6 in the first three shots. She held on to the lead by shooting 20.8, 21.2 and 20.9 in the next three shots. In the last three shots, Lekhara scored 21.2, 20,1 and 20.5 to confirm the Gold medal for India. With this win, Avani became the first woman from India to win Paralympic gold. Her record surpassed Slovakia's Veronika Vadovičová score of 207.8. The second place in the Women's 10m Air Rifle SH1 event went to China's Zhang C, while the third place went to Iryna Shchetnik of Ukraine.