Azerbaijan GP 2022 Practice Live Streaming: When And Where To Watch F1 In India, US & UK?

Know when and where to watch the live streaming of the practice sessions of the Formula 1 Azerbaijan Grand Prix 2022, scheduled to be held this weekend. 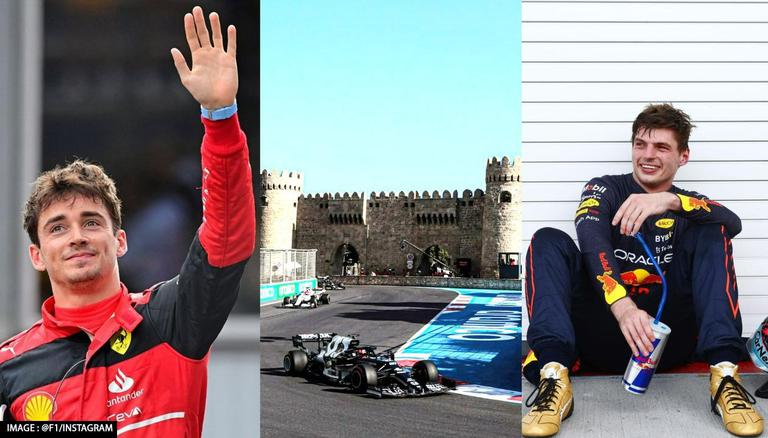 
The Formula One racing action heads to the Baku City Circuit in Azerbaijan this weekend for the eighth round of the 2022 season. Following an exciting race weekend at Monaco two weeks ago, which also witnessed heavy downpours on Sunday, F1 fans are now waiting for their favourite constructors and drivers to battle it out at Baku’s street circuit. Red Bull’s Sergio Perez picked up his third career victory at the Principality, while the reigning world champion Max Verstappen finished third.

A poor strategy from Ferrari led to Charles Leclerc losing the race lead and finishing fourth after starting from pole position. However, the other Ferrari driver, Carlos Sainz Jr. held up his nerves and finished the race at P2. Having said that, Ferrari and Red Bull will now be determined to return with the best results from Baku.

Formula 1 fans wondering how to watch the Azerbaijan GP 2022 can tune in to the Star Sports Network, which is the official broadcaster of F1 in India. The live streaming of the entire weekend will be available on Disney+Hotstar mobile application and website. The fans can also get live updates on the social media handles of the teams and Formula 1.

Racing fans in the UK can catch the live action on the Sky Sports Network and the SkyGo app. F1 fans in the US can tune in to the live telecast by the ESPN Network.

READ | Azerbaijan GP 2022 live streaming: How to watch the F1 race in India, UK and US?

What is in the box for the rest of the teams at Baku?

Meanwhile, Mercedes are also expected to come up with improvements as Geroge Russell continued his streak of top-5 finishes at Monaco. In the meantime, the seven-time world champion Lewis Hamilton made headlines for making a comeback in the Spanish GP, followed by a gritty performance at Monaco, which was affected by the two-time world champion Fernando Alonso’s strategy to block off everyone behind him.

Aston Martin’s Sebastian Vettel also displayed a good performance at Monaco and will be eager to score some more points at Baku, where he finished at P2 last year. Perez won the Azerbaijan GP 2021, while AlphaTauri’s Pierre Gasly finished at P3. Gasly has been out of points for most of the 2022 season and is hoping to put a strong drive this weekend.