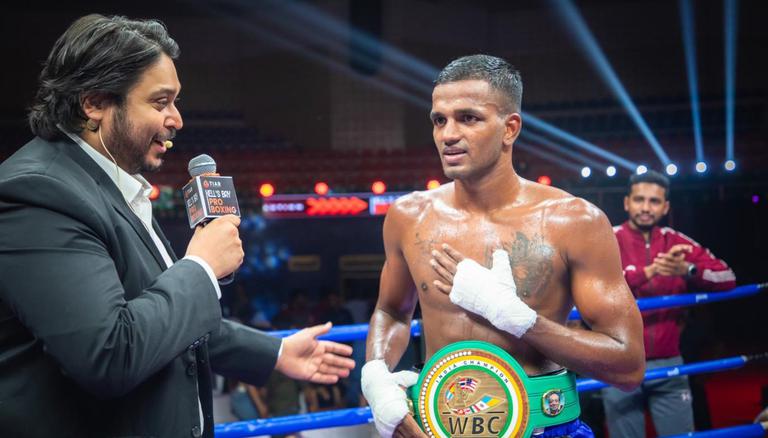 Sabari prevailed in a majority decision of 76-76, 79-73 and 79-73 in the professional event 'Hell's Bay', promoted by Raja Prashanth Singh of TIAR (The Indian Art Revolution) at the Gachibowli Stadium here late last night.

Now that Sabari has won the inaugural India title, he has to defend it at regular intervals against other ranked boxers from India.

The 24-Year-old had four wins and one loss in his previous fights.

He made his professional boxing debut in January last year, just two months prior to the COVID-19 lockdowns.

The 27-year-old Akashdeep had come into the fight with a record of eight wins and one loss in the past three years.