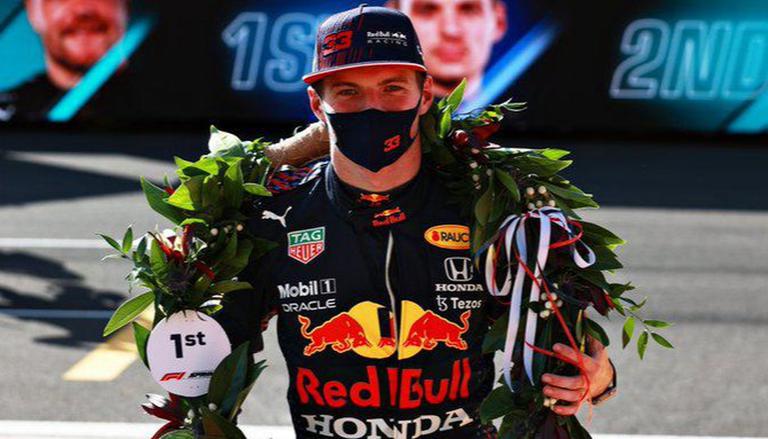 
In Formula One's first-ever Sprint format Max Verstappen managed to claim the pole position for the British Grand Prix by blasting past Lewis Hamilton at the start.

Hamilton had beaten Verstappen to the front of the grid for the new-look mini race with a sensational Silverstone performance in qualifying on Friday night, but his starting advantage over the title leader quickly disappeared at the start of the new format race.

By winning the inaugural F1 Sprint, he not only secured pole position, but also increased his title lead by a point.

A tough battle ahead of the final race

Verstappen's Red Bull outdragged Hamilton's Mercedes within a matter of metres and, although the Briton battled back later around the opening lap to go wheel-to-wheel, the Red Bull held position and then steadily pulled away over the next 16 laps to win by 1.4 seconds.

"You could see we were pushing each other hard because at the end of the race the tyres were blistering a lot," said Verstappen in the post-race presentation. "We had to manage that to the end. In the end, I'm happy to add the three points - it sounds a bit funny to hear you scored a pole position!"

"I hit the target on my start, it's just not good when you lose from P1. We'll try to turn the negative into a positive tomorrow. Every point counts, but I'm grateful to have finished. Tomorrow we'll fight again," said Hamilton.

Verstappen crosses the line 1.4 seconds ahead of Hamilton, with fellow teammate Valtteri Bottas in third a further six seconds behind as Ferrari's Charles Leclerc held onto fourth place.

Lando Norris in the McLaren took fifth ahead of his fellow teammate Daniel Ricciardo in sixth, holding their grid positions, while Alpine's Fernando Alonso moved up four places on the grid with seventh ahead of Aston Martin's Sebastian Vettel, Williams' George Russell and Alpine's Esteban Ocon.

Ferrari's Carlos Sainz worked his way back up to 11th after that first lap contact with Russell, which remains under investigation.

While Verstappen was the day's clear big winner with his sprint win, Alonso and Raikkonen gained the most positions - each improving their starting berth by four places apiece.