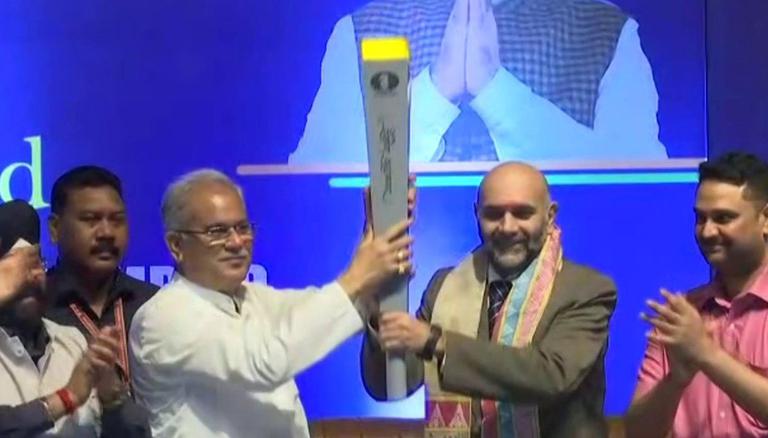 
The first ever torch relay for the 44th Chess Olympiad to be held in Tamil Nadu between July 28 and August 10 arrived in Chhattisgarh capital Raipur on Saturday.

"It is a matter of great pride that for the first time, the World Chess Federation has allowed a torch relay on the lines of the Olympics. The torch relay in the state today will act as an inspiration for budding chess talents," the CM said.

He praised Agrawal, who participated in Chess Olympiad in 1986 and 1990, and said future generations from the state must be inspired by her.

Informing about Chhattisgarh's presence at the upcoming Chess Olympiad, he said Alankar Bhivgade of Bhilai will be a judge there, while Agarwal, Vinod Rathi and M.K. Chandrashekhar are part of the organising committee.

"Moreover, six players selected from different schools of the state will also participate in the Chess Olympiad and learn by watching big players. On the initiative of All India Chess Federation, work has been started to promote chess in 22 schools in the state," the CM said.

He said Balod has become the first district in the country to start 'Chess in School' pilot project, while training in the game is being imparted in Aastha School in Dantewada.

The torch will cover 75 cities as part of the relay over 40 days before arrive at the Chess Olympiad venue in Mahabalipuram near Chennai in Tamil Nadu.