David Beckham Sets His Sight On Formula One With Miami Grand Prix: Report

The Miami Grand Prix Formula one event is set to make its debut in the 2022 season with the race set to take place on May 6-8, 2022 around Hard Rock Stadium. 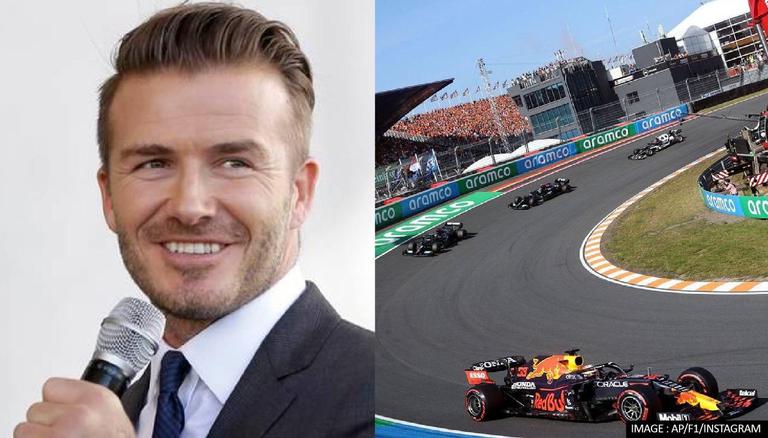 
David Beckham has already fulfilled his dream of owning a football team in Major League Soccer and now, the co-owner of Inter Miami FC has set his sights on the motorsports arena with reports about him showing interest in Formula One. According to a report by Skysports, David Beckham wants to be involved in the Miami Grand Prix which was revealed in an exclusive interview by Miami Grand Prix Formula one managing partner. The Miami Grand Prix is set to make its debut in the 2022 season.

According to the report, Tom Garfinkel, managing partner of the Miami Grand Prix, said "It's kind of a funny story - David and I have a mutual friend who called and said David Beckham wants to meet you and wants to get involved in the Formula one race. So we had dinner last week. David is very keen to come out to the event. He's very excited about coming to Miami for the F1 race".

He further said "We've gotten a lot of calls from different celebrities, friends, wealthy people and powerful people who all are expressing a lot of interest to come. I would expect a large degree of celebrity attendance coming from all over the world for this event. There is a big celebrity culture in Miami."

All you need to know about Miami GP 2022 dates

Coming to the Miami GP 2022 dates, the event is set to take place on May 6-8, 2022. The Miami GP 2022 F1 will take place at around a circuit that is under construction, around the city's Hard Rock Stadium. The Hard Rock Stadium is the home ground of the NFL's Miami Dolphins. The circuit which will be built around the stadium will have a top speed of around 320km/h or 198mph – will have a street circuit vibe, similar to Melbourne’s stunning Albert Park that hosts the Australian Grand Prix, as the site is used for other purposes during other times.

The Miami GP 2022 race will be held in the state of Florida for the first time since 1959. The Miami GP is joining the F1 calendar on a 10-year deal and will be the country's second race on the schedule after the United States GP in Austin. That event normally takes place towards the end of October.