On Instagram, Dinesh Karthik passed the 'vibe check' with his half coats and bandhgalas and impressed even Pat Cummins who decided to drop a hilarious comment. 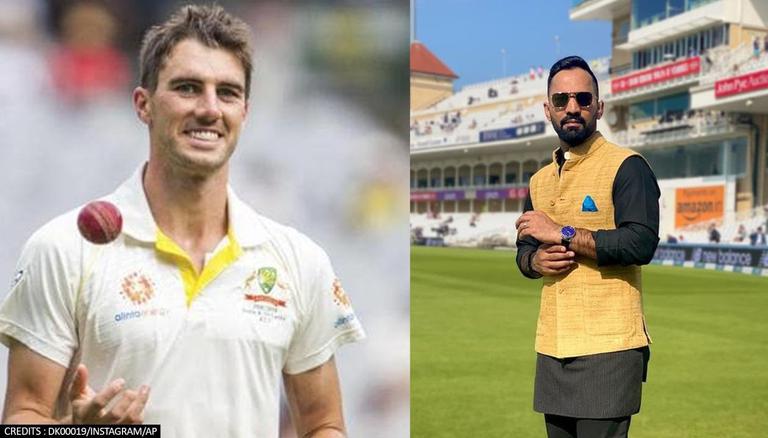 
Wicket-keeper batsman Dinesh Karthik has been on fire with his commentary skills lately and now it seems as if the veteran has adopted his cheeky jibes even outside of his commentary box. On Monday, Dinesh Karthik shared some pictures reflecting dapper looks on Instagram. The wicker-keeper definitely passed the 'vibe check' with his half coats and bandhgalas and impressed even Australian pacer Pat Cummins who decided to drop a hilarious comment.

Reacting to the fancy pictures, his Kolkata Knight Riders (KKR) teammate joked over the number of looks that Karthik was sporting, asking, “How many suitcases did you pack?!?!!” The 36-year-old cricketer had a witty response to Pat Cummins and took a part in trolling himself replying, “@patcummins30 well, let’s just say, a little more than the runs I score.". 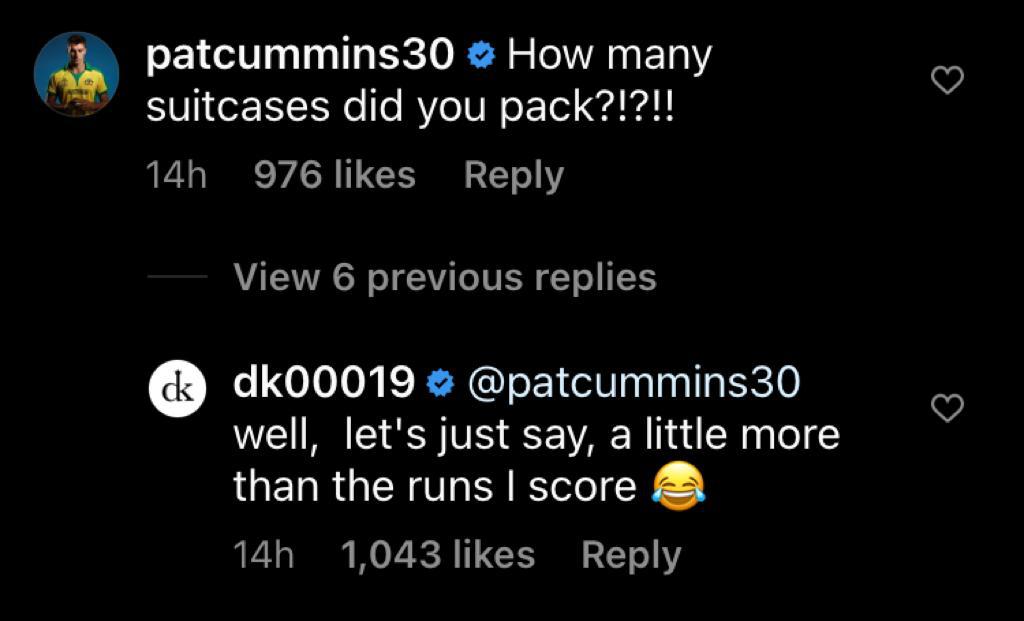 For the most part, Karthik's commentary has received praises from the cricket commentators for bringing a certain refreshing aspect. Dinesh Karthik who began his career in the commentary box alongside legends like Sunil Gavaskar, Kumar Sangakkara, Nasser Hussain, and others in the WTC Final 2021 has been often praised for his interesting quips and insights. His witty comments now continue to make headlines during India vs England Test series. He had recently praised Shardul Thakur's power bowling saying that he teaches more bowling to bowling coach Bharat Arun than what Bharat teaches Shardul.

READ | 'Orange Cap is one of the silliest awards in the IPL,' says Dinesh Karthik

The first India vs Eng Test match at Nottingham ended in a draw and the winner could not be determined with the weather gods playing spoilsport. England was bundled out for 303 in their second innings and Virat Kohli & Co. had to chase 209 runs for going 1-0 up in the five-match series. The visitors needed 157 runs to win with nine wickets in hand on the fifth and final day, however, not a single ball could be bowled on the day and the series was washed out.

With the Nottingham Test done and dusted, the attention now shifts to IND vs ENG Test 2. The India vs England 2nd test 2021 date is scheduled for August 12-16 at Lord's. The final two Tests (September 2-6 & 10-14) will be held at London's Kia Oval and the Emirates Old Trafford, Manchester respectively.