Red Bull Racing's Max Verstappen won his first home race at the Dutch Grand Prix 2021, much to the delight of the Dutch fans, who celebrated with flares. 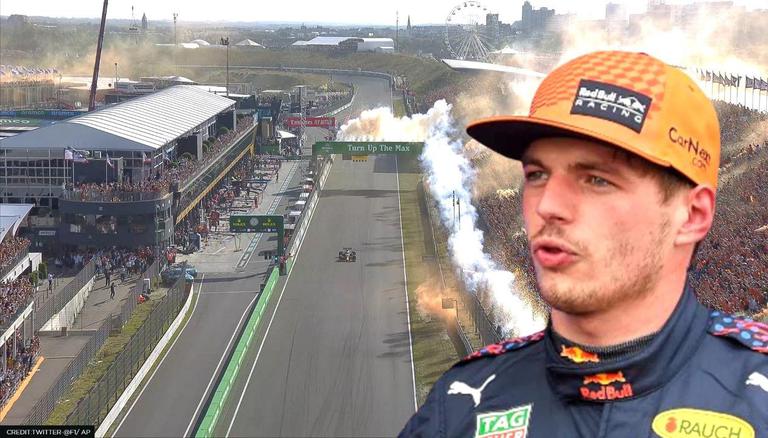 
Red Bull Racing's Max Verstappen won his first home race at the Dutch Grand Prix 2021, much to the delight of the Dutch fans, who celebrated with flares. Championship leader Lewis Hamilton could only manage second place in his Mercedes F1, with his teammate Valtteri Bottas finishing way behind the two lead drivers in third place. Here is the complete Dutch Grand Prix 2021 result after a high-speed race at Zandvoort.

Max Verstappen had an outstanding getaway from pole position as he led the cars into the first corner with no challenge from Lewis Hamilton in second. Mercedes F1 attempted to split strategies between their drivers to help Hamilton add pressure on Verstappen, but the team found no success. The Red Bull Racing driver quickly got past Bottas after his first pit stop, thereby forcing the Finn to pit a few laps later. Verstappen went on to win the race in dominant fashion as he lapped every driver other than the other two racers on the podium.

MAX: "The expectations here were so high and that's not always easy. But it's an amazing feeling and the crowd here were incredible as you can see.

"We can be really pleased with the whole team performance today."#DutchGP 🇳🇱 #F1 pic.twitter.com/RLiuzFl5oD

Red Bull Racing's Max Verstappen regained the lead in the F1 Drivers' Championship thanks to a fantastic win at the Dutch Grand Prix 2021. The Dutch driver (224.5) now leads Hamilton (221.5) in the F1 standings by three points. As for the Constructors' standings, Mercedes F1 extended their lead to seven points from Red Bull Racing (303.5).

F1 fans do not need to wait too long for the next race as the Italian Grand Prix will commence next weekend from September 10 to 12. The Italian GP is one of the only two Grand Prix that has taken place every F1 season since the championships were introduced in 1950.