After his win over Tony Ferguson on Saturday at UFC 262, lightweight Beneil Dariush made a bizarre call-out to Tesla’s billionaire CEO Elon Musk. 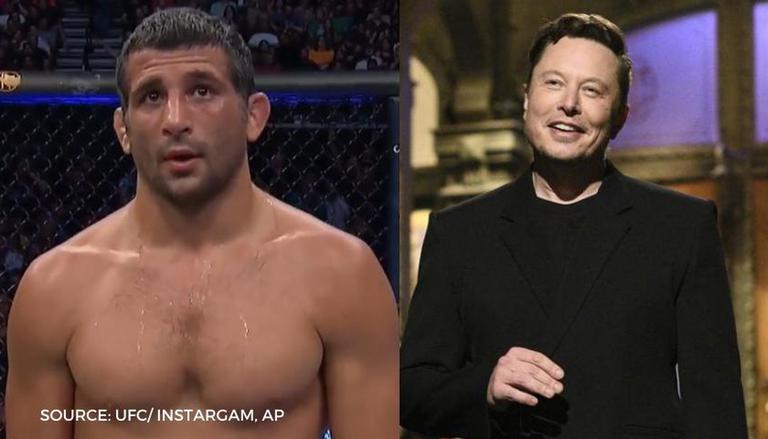 
UFC lightweight Beneil Dariush scored the biggest win of his career Saturday night at UFC 262, defeating fellow veteran Tony Ferguson via unanimous decision in the co-main event. Afterwards, while talking to commentator Joe Rogan, a fired-up Dariush took the mic and made a bizarre call-out, which many found inappropriate. Instead of calling out fellow lightweight contenders like Justin Gaethje, Conor McGregor, Dustin Poirier or Charles Oliviera, the 32-year-old took aim at Tesla’s billionaire CEO Elon Musk.

Beneil Dariush wasn’t too pleased with Musk as the Tesla car that he had ordered in December still hadn’t arrived. Dariush said that he needs the car to “protect” his daughter, who is due to enter the world in the coming weeks. “I wanna call somebody out. Joe [Rogan], I wanna call out your buddy Elon, Elon Musk. Where’s my wife’s car bro? I’ve been waiting six months. I need a good car. S*** I got to protect my daughter. Let’s go Elon, get me my car,” he said.

Elon Musk reacts to the call-out

The South African-born billionaire was soon to comment on Dariush’s demands. He took to Twitter and assured the fighter that his Tesla is “coming soon,” while apologising for the delay. In turn, Beneil Dariush acknowledged Musk’s tweet by posting a heart emoji, burying the hatchet.

Looks like @beneildariush's Tesla is on the way 😅 #UFC262 pic.twitter.com/6uispScLjf

With his car troubles now behind him, Beneil Dariush would now look to turn his attention towards the lightweight division, which is filled with formidable contenders. His win over top contender Tony Ferguson certainly grabbed many fighters’ attention, who would love to fight him in the near future. However, Dariush has been on record saying that he’s more than ready for the challenge of taking the upper echelon. According to reports, Dariush would be a perfect opponent for the loser of the match between Conor McGregor and Dustin Poirier, who are set to collide at UFC 264, while the winner could get a shot at champion Charles Oliviera.

According to media referee, the estimated Beniel Dariush net worth was around $1.5 million. However, the 32-year-old’s wealth might have increased significantly as he reportedly earned a whopping $321,000 from the Tony Ferguson clash.

READ | Charles Oliveira vs Michael Chandler fight purse: How much did fighters earn from UFC 262?