After a four-wicket haul in the first innings, Jasprit Bumrah produced yet another stunning display of bowling to pick up five wickets in the second innings. 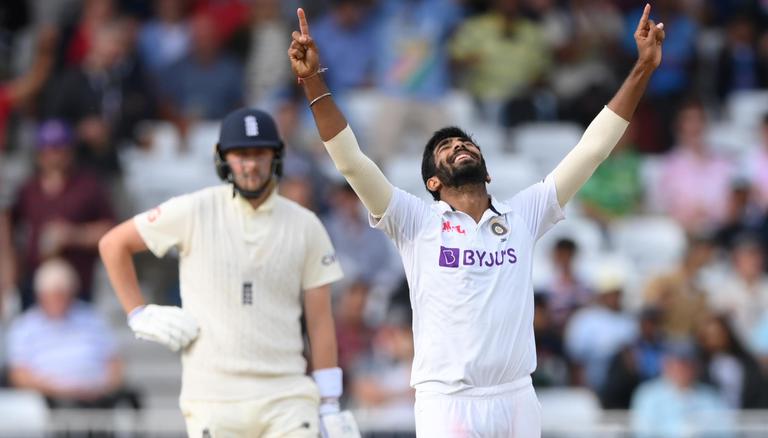 
Jasprit Bumrah's terrific performance with the ball in both innings left the England batting lineup in tatters. After a four-wicket haul in the first innings to bowl out England for just 183 runs, Bumrah produced yet another stunning display of fast bowling picking up five wickets in England's second innings, which has earned him a mention for the second time on the Honours Boards at Trent Bridge in Nottingham.

🎥 After a fantastic 5⃣-wicket haul on Day 4 of the first #ENGvIND Test, @Jaspritbumrah93 has his name inscribed on the Honours Board for the 2⃣nd time at Trent Bridge. 👏 👏#TeamIndia pic.twitter.com/znKWnwOCUz

Jasprit Bumrah's first wicket in the second innings came in form of Zak Crawley who edged the ball to Wicketkeeper Rishabh Pant. Sibley was Bumrah's second victim after a well-fought 28 that came in 133 balls. Joe Root who scored a fine century in the second innings was India pacer's third wicket edging the ball to Pant behind the stumps. Sam Curran's crucial knock of 32 was brought to an end by Bumrah, who dismissed in the next delivery itself to complete his sixth five-wicket haul in Test cricket. Jasprit Bumrah's wicket tally after 2 innings has reached 9.

READ | Bumrah & Co. swing into action as India's speedsters hit the nest ahead of England faceoff

His first five-wicket haul came back in August 2018 when he finished the 2nd innings with 5/85 as India registered their only win of that series.

India have put themselves in the driver's seat and look set to claim the victory in the first Test against England courtesy of Jasprit Bumrah. The pacer was at his best in the second innings claiming five England wickets to restrict Joe Root's team to 303, resulting in a target of 209 runs to win. Skipper Joe Root (109) and Sam Curran (32) did put a vital partnership of 37 runs and tried to extend the lead; however, Indian bowlers dismissed both of them to stop England from taking a big lead.

Team India's chase got off to a solid start in testing conditions. Stuart Broad, though, had the perfect start to his second spell, bowling a sensational delivery to get the wicket of KL Rahul for 26, who was looking in a sublime form. Rohit Sharma and Cheteshwar Pujara would see through the remaining overs, setting up a nail-biting finale for day five, with India needing 157 more runs for victory.