Chuck Liddell the former UFC fighter was held at the Malibu/Lost Hills Sheriff’s Station in Agoura Hills, Calif. on a $20,000 bond and was later released. 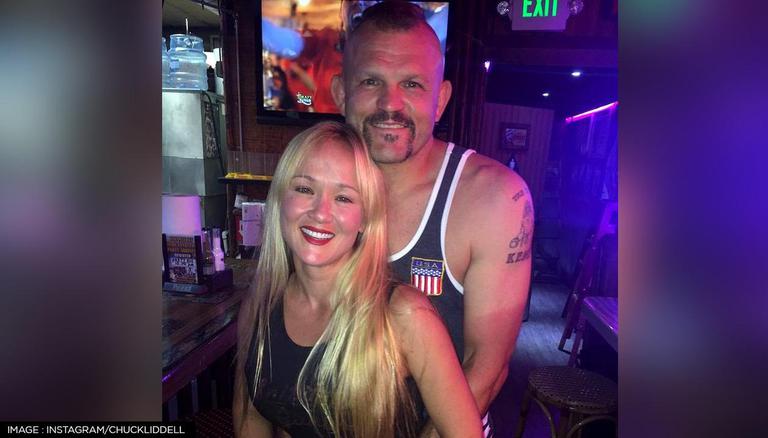 
Former UFC fighter Chuck Liddell on Monday was arrested from his home with reports emerging about the UFC Hall of Famer involved in domestic battery, however the former fighter was later released from the jail.  According to a report by mmajunkie.usatoday.com, the 51-year-old Chuck Liddell was arrested and booked into a Los Angeles-area jail on a misdemeanor charge of domestic battery.

According to the report regarding Chuck Liddell domestic violence case, the former UFC fighter was held at the Malibu/Lost Hills Sheriff’s Station in Agoura Hills, Calif. on a $20,000 bond and was later released. As per the report, the news about Chuck Liddell's arrest came out after police were called to Liddell’s home when the argument between the couple turned physical. Chuck Liddell's wife Heidi Northcott was not in need of medical attention when police arrived on the scene.

Chuck Liddell, in his statement released on his Instagram page, said that he was the victim of "the incident,"

"Last night the Los Angeles Sheriff’s Department deputies who responded were professional. While the information about this case will be revealed in due course, I believe it is important to convey and clarify a few facts about the situation. I was the victim of the incident last night at our family home, as details of the case will reveal. The deputies informed me that my wife would be arrested, as I did not respond to her assault while I sustained bruising and lacerations. I volunteered to go in her place".

He further added, "This was one of the many times I have tried to shield a family mental health issue from the public purview. It has become painfully apparent that this cannot continue, as our private life has now reached a public breaking point. Please respect our privacy as I help to navigate our family through this difficult time" .

As per ESPN report, Chuck Liddell was inducted into the UFC Hall of Fame in 2009 and is one of the highest-selling pay-per-view draws in UFC history. He is a former UFC light heavyweight champion with victories over Randy Couture, Tito Ortiz, Vitor Belfort and Wanderlei Silva. Known as "The Iceman," Liddell retired from the UFC in 2010, but returned to the cage in 2018 for a fight with old rival Ortiz under the Golden Boy Promotions banner. Ortiz knocked Liddell out in the first round. Liddell was stopped by KO/TKO in four straight bouts.