Williams Boss Jost Capito justifies Nicholas Latifi’s seat at Williams sighting an example of his P8 finish at the Hungaroring ahead of team-mate Russell. 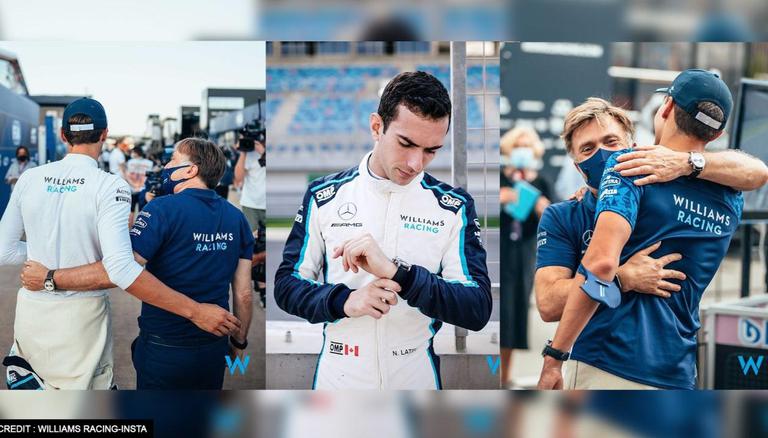 
Since his debut with Williams in 2019, Nicholas Latifi has been in the shadow of team-mate George Russell. However, the Canadian driver rose to the opportunity at the Hungarian GP scoring the first point for Williams Racing in two years. Latifi finished the race at P7 ahead of Russell at P8. He proved his race-craft by successfully keeping other faster cars behind him. The drivers got promoted to one place each as Sebastian Vettel was disqualified post-race due to lack of minimum fuel in his car.

Latifi was, on average, 0.539s slower than Russell on a Saturday during the 2020 season. He managed to finish ahead of Russell, only twice. However, this year he has finished ahead of Russell on three occasions at the halfway mark of the Championship. Latifi is yet to get a contract extension but he will most likely retain his seat at the team for the 2022 season after performing relatively well than last year. Regardless, of what the future holds for Latifi, Team Principal Capito was all praises while talking about the driver.

Talking to Formula1.com, Capito said, “This was the first time Nicky scored points in F1 – and it had to come,” said Capito. “I’m sure it will be a big boost for him and give him a lot of self-confidence. Qualifying behind George and finishing ahead for sure is a big motivator for him. I was impressed with how Nicky brought it home amid the pressure of running in the points comfortably for the first time. At one point, he was third. To keep his head down and deliver was very impressive. It shows how much Nicky deserves to be in F1.”

READ | Fernando Alonso explains what it feels like to lose in F1; says he 'would be a volcano'

6 points in the Hungarian GP is like a victory for us: Jost Capito

After Williams scored their first points since 2018, an emotional Capito said “It means a lot for the team to get the first points, especially after scoring zero points last year, being so close this year to getting one point”. “We got six points and in the end it looks like being 10 points – and this is a fantastic result and one we were waiting for. We always said the points will come. And when they finally came, for us, it was like a victory," he added.

READ | F1: Red Bull’s misfortune will balance itself out in 2nd half of season, says Horner

The current standings in the drivers' championship is led by Mercedes Driver Lewis Hamilton. Followed by Red Bull’s Max Verstappen at the 2nd and McLaren’s Lando Norris at 3rd. Nicholas Latifi currently sits at 15th place with six points and Geroge Russell finds himself two places behind Latifi and two places ahead of F1 veteran Alfa Romeo’s Kimi Raikkonen, with 12 races left in the 2021 season.